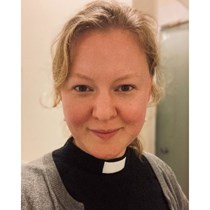 Following the critically-acclaimed success of his first solo disc, a groundbreaking recording of Carbonelli’s first six violin sonatas with the Illyria Consort, Bojan Cicic will record Jarnovic’s violin concertos in St Michael and All Angels, Summertown, in June 2018.

Ivan Mane Jarnovic, or Giovanni Giornovich, was among the most famous European violinists of the late 18th century. His surname comes from Croatia, although he never lived there.

After a successful decade in Paris in the 1770s, Jarnovic moved through Europe, living in Berlin, Vienna, and London before finally settling at the Court of Catherine the Great in St Petersburg as one of her chamber musicians.

The three violin concertos we plan to record on the next Illyria Consort disc were published in London in the 1790s, during the few years Jarnovic spent living in England. Interestingly, this corresponded with Joseph Haydn’s years in London, which left us with his twelve “London” Symphonies.

This disc will be the world premiere recording of Jarnovic’s three violin concertos, some of which are only available at the British Library.