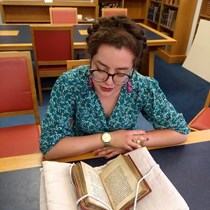 For the first time in a millennium, the Book of Deer will return to the North East of Scotland as part of a three-month loan from the University of Cambridge. To celebrate, we have a cultural programme lined up, befitting such a moment, including another archaeological dig at the Abbey of Deer. We need you help to make this happen – any donations large or small are most welcome!

The Book of Deer is a tenth century illuminated manuscript from North East Scotland. Amid the Latin text and the Celtic illuminations can be found the oldest pieces of Gaelic writing to have survived from Early Medieval Scotland. These were written in a monastery in the area around Deer in Aberdeenshire.

Find out more about our project here. 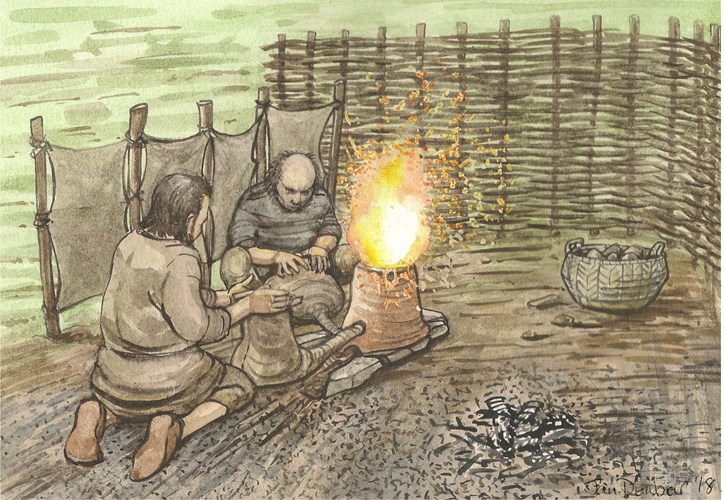 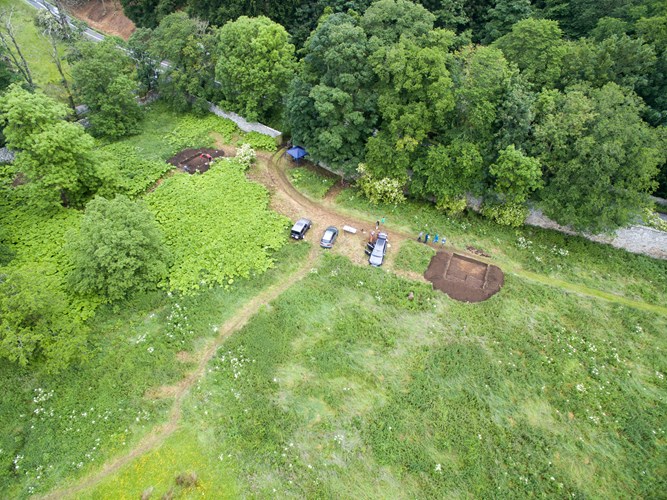 Drone photo of the trenches to the west of Deer Abbey. We think that this may be the site of the early medieval monastery where the Book of Deer was annotated with the earliest written Gaelic. 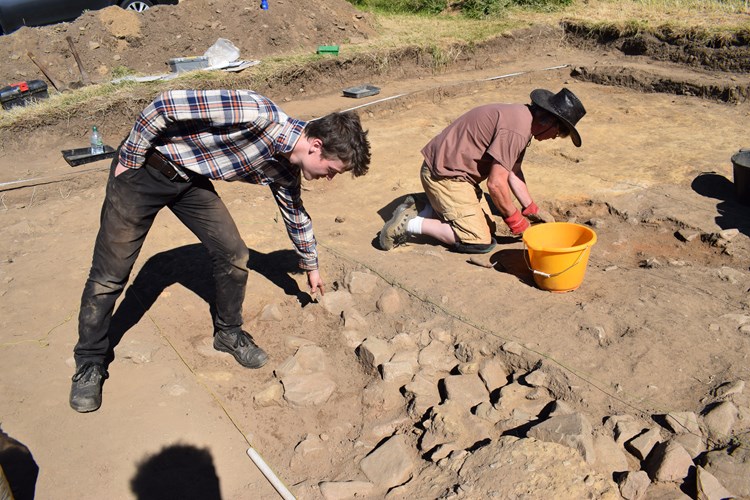 The digs provide training for archaeology students from several universities, many of whom go on to become professional archaeologists. 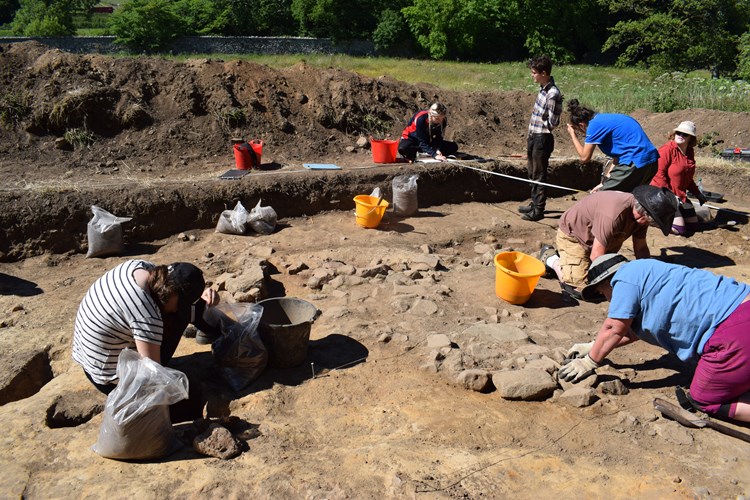 The digs provide training for archaeology students from several universities as well as volunteers of all ages and abilities. Donate and volunteer on the dig in 2022. 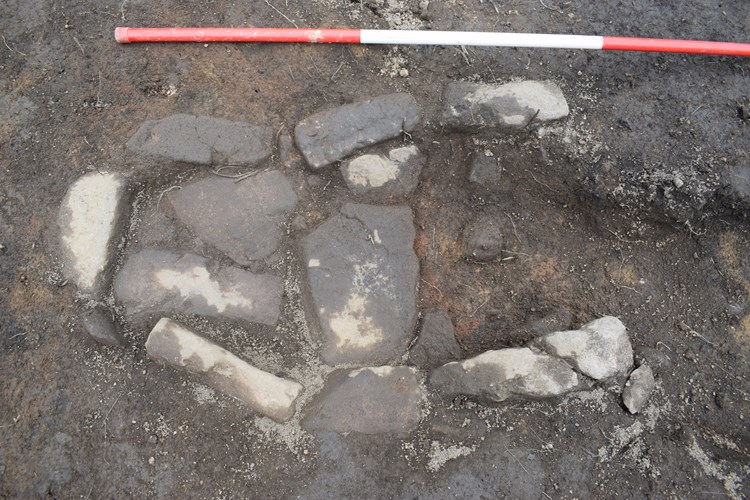 Stone hearth dated to 1147-1260 AD –the first structure that we dated. We were incredibly excited that this could belong to the early medieval monastery. 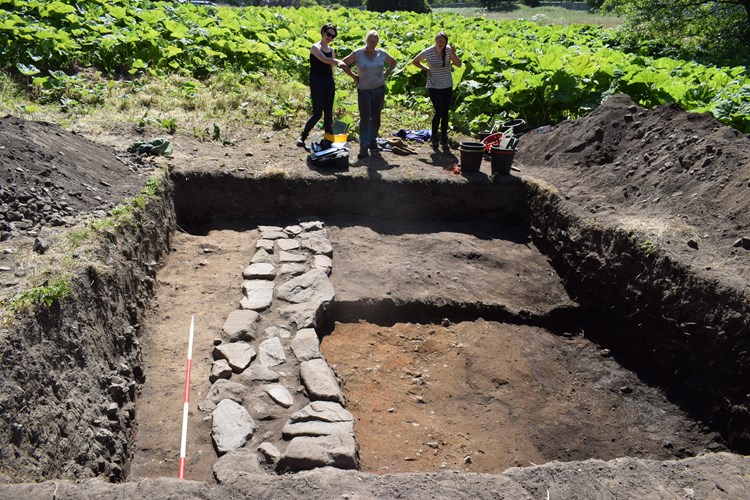 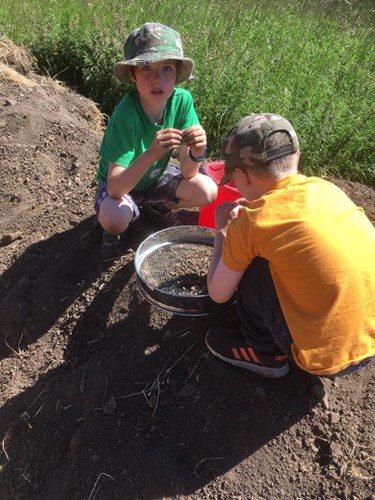 All of our digs include lots of local schools and the Young Archaeologists Club. 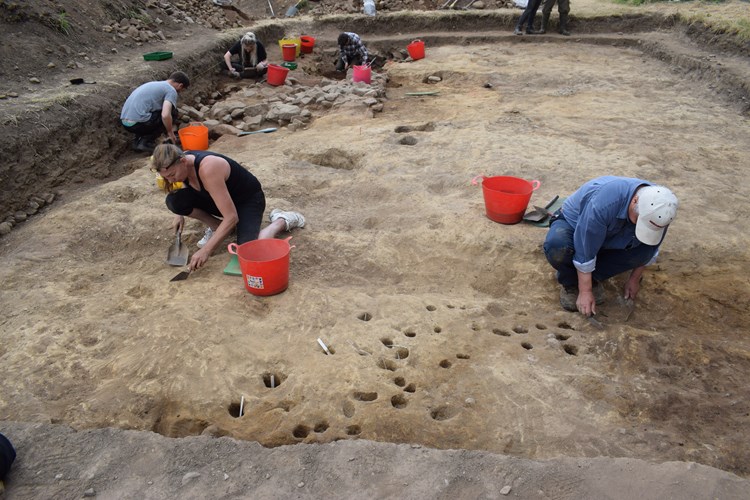 One trench was filled with post-holes and stake-holes – the remains of wooden buildings which have rotted away and left only the foundation holes. Could this be the early medieval monastery? 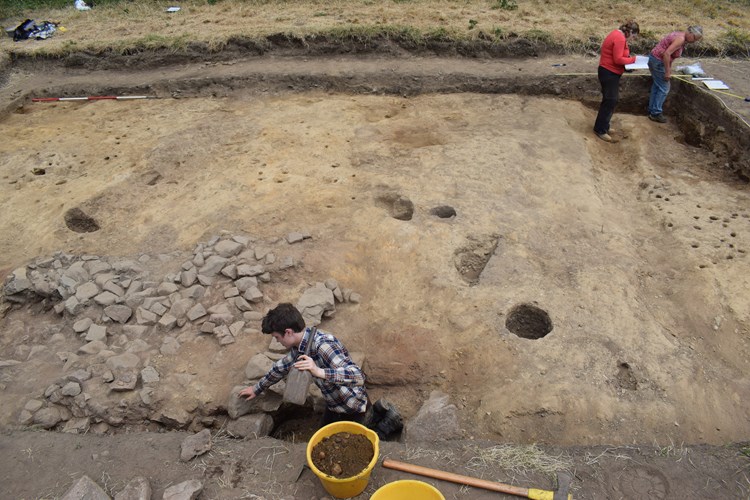 Post-hole structure which may be the remains of the monastery: charcoal in one of the fills was dated to 669-777AD. 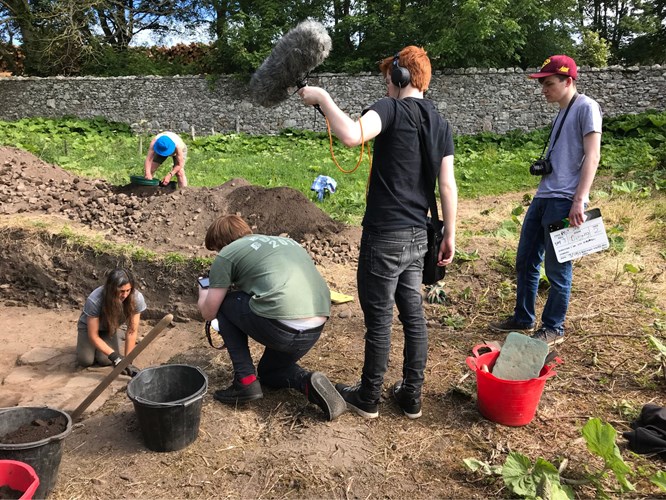 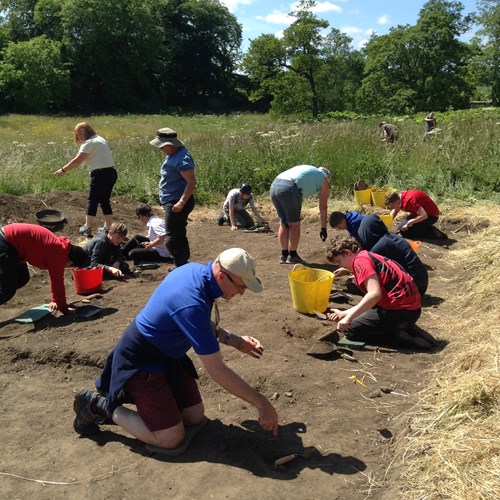 Many school groups come to the dig including Special Education needs at Ellon Academy. 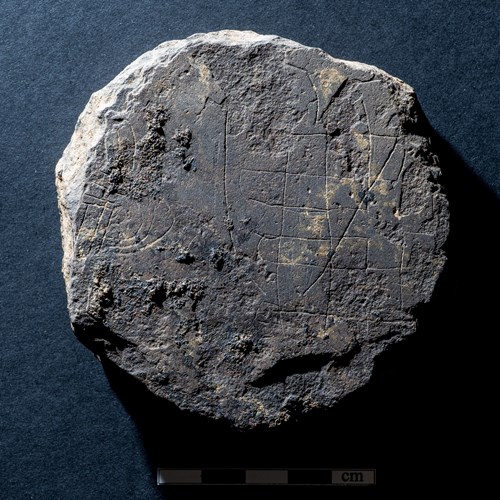 One of the finds was this stunning ‘pot lid’ – a flat stone cut into a circle in the medieval period. Prior to this, it had been a rectangular or square roof tile with a gaming board scratched on it and a Solomon knot (left). 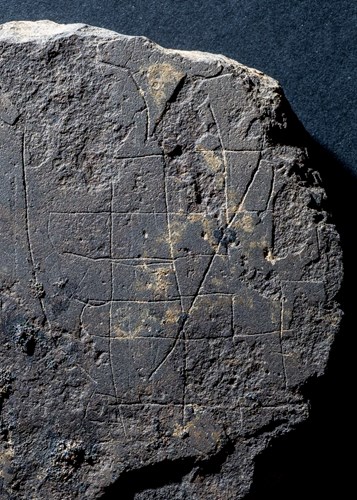 A detail of the gaming board for a medieval strategy game. 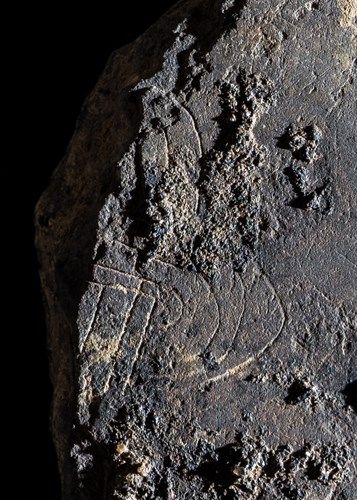 A detail of the Solomon knot – possibly scratched on the roof tile to ward off evil spirits as the devil was believed to get stuck within the knot. 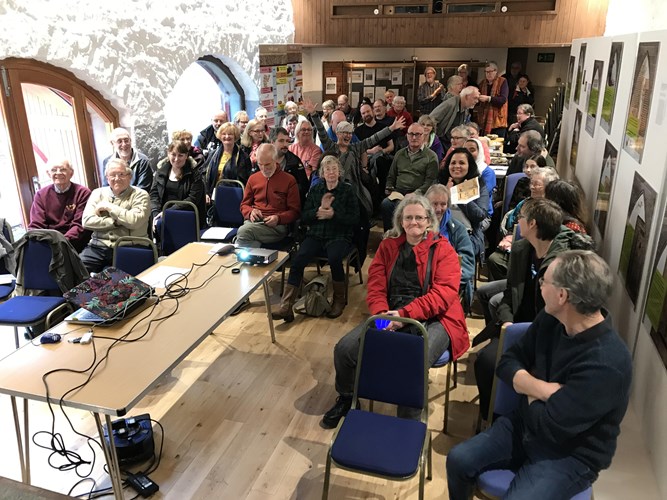 Fundraising will allow The Book of Deer Project to hold an exhibition, open days, and free public talks.