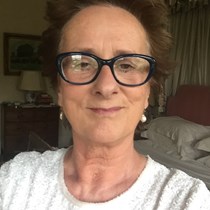 Weʼve raised £870 to Support Jaxson and his family

I want to try and help this family in some way and to do that, I need you.

A friend of mine has a son who lives with his young family in Australia.

They have a very little boy called Jaxson who has been unwell for some months with a chronic ear infection. His parents were vigilant and persevered in their quest to get to the bottom of the problem, while watching their son get sicker by the day.

They visited many hospitals and had many tests which meant long periods of time in hospital before finally being referred to a hospital in Sydney. Unfortunately their worst fears were realised and they were told that Jaxson has Langerhans Cell Histiocytosis (LCH). They were very lucky to be in the care of one of only 10 doctors in the world who specialise in this disease. It is potentially a life threatening form of cancer which is especially prevalent in boys. There are 2 groups of this cancer - the form that Jaxson has is single system LCH. This affects the bone marrow and he has multiple bone lesions of the skull.

His skull been seriously damaged, however there is hope. With a programme of chemotherapy given in small doses over a long period of time (7 years), his could regenerate as he grows and he could make a full recovery.

As you can imagine this has taken its toll on Jaxson's parents, who are young themselves and are struggling to come to terms with the severity of his illness. Their family here in the UK are beside themselves as they feel helpless and unable to be as supportive as they were closer to them.

If we can get a flight for Jaxson's grandmother to go and be with them for support.

If we can get further local support for the mother and father.

If the father could take some time off work to be with his son, that would be a blessing for both of them.

If we can put some money towards his rehabilitation.

These are suggestions of HOPE…….. as there is HOPE.

Let’s try and see if we can help this family put one foot in front of the other.

Thank you for reading - please send this email on to a friend so we can get as much help and support as possible.