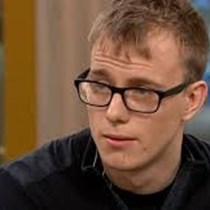 Our player Alex Skeel suffered domestic abuse for 5 years at the hands of his former girlfriend, during this time he wasnt allowed to see any of his family/friends, starved, finances were controlled and stripped away, told what clothes to wear. During this time his ex girlfirend was also physically abusing him whereby she would attack him with glass bottles, hammers, planks of wood (literally anything). Then towards then end of the ordeal she started to stab him numerous times and also started to throw boiling water over him.

These incidents left him, 10 days from death and also with 118 injuries and mostly permanent scarring as they were all left untreated as she did not take him to a hospital. Once he returned home to his family, he was able to have reconstructive hand surgery as she severed tendons in his hands with a knife and also brain surgery to check the pressures inside his skull due to many different reasons.

Because of all of this we have all returned to the football club we played in our younger years (from 8yr to 18yr old) and have set up a Charity football team to raise awareness, money and to educate men around domestic abuse. Alex has since become a UK Ambassador for Mankind Initiative. So on all of our kits we will have DA charity logos and more importantly helplines to educate the public that there is indeed a safe place for men to call if they need help. (MANKIND INITIATIVE)

PLEASE DONATE WHAT EVER MONEY YOU CAN, AS THIS WILL HELP TOWARDS FUNDS TO HELP US TRAVEL AROUND THE COUNTRY, HIRE STADIUMS AND GROUNDS FOR OUR MATCHES TO BE PLAYED AT - AND MORE IMPORTANTLY FUNDS TOWARDS THE CHARITIES WE PLAY FOR

PLEASE HELP IN ANYWAY YOU CAN