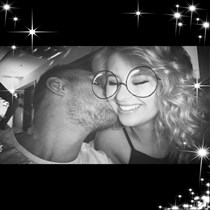 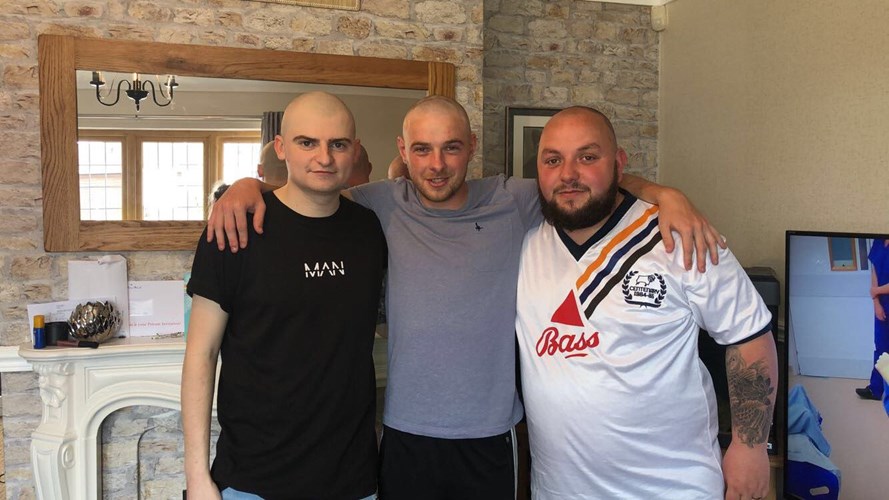 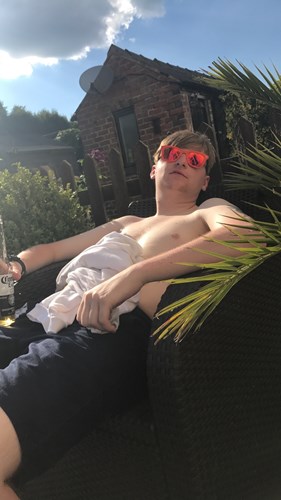 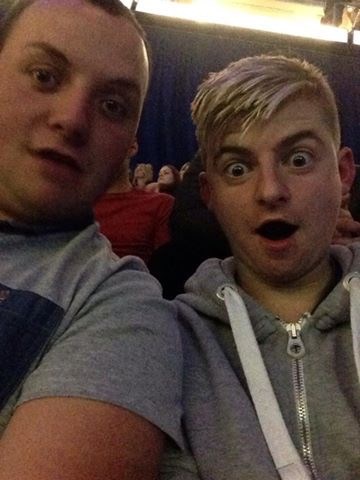 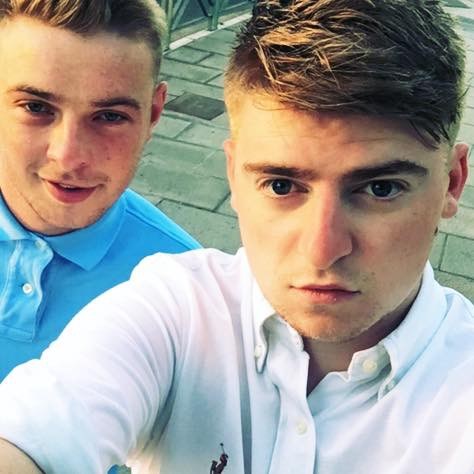 Bradley Goddard (far left in first photo)is your average 22 year old lad from linton, Swadlincote. Like every other 22 year old he enjoys going on lads holidays, going to the pub with his mates on the weekends and buying extremely fast sports cars. But in April 2019 his life took a very unexpected turn for the worse.

At the beginning of April Brad was suffering with chest pains and shortness of breath so he booked himself a doctors appointment. His doctor told him that he was suffering from muscle spasms and advised that he took paracetamol to manage the pain.Fast forward 4 weeks Brad went back to the doctors as his symptoms hadnt improved if anything they had gotten worse. This time he seen a different doctor who sent him straight down to the hospital as he believed that Brad had fluid on the lungs. Once at the hospital he had an ECG and an x-ray where again he was told that everything was okay and all seemed normal so was sent home to rest.

A couple of days later Bradley received a phone call from Burtons lead radiographer who informed him that they had found what looked like a mass on the x-ray which was situated inbetween Brads lungs and esophagus. He was asked to go back to the hospital to have a CT scan. After the scan doctors informed Brad that there was indeed a mass which by this point was 10cm by 7cm in length. He stayed at Burton hospital that night on a ward before being transferred to Glenfield specialist hospital the next day for further tests. Over the weekend Brad was given strong medication(including oral morphine) to manage the pain until his biopsy on the Monday.

On the monday afternoon Bradley had his biopsy and was kept at Glenfield for 2 days to recover before being sent home to wait for the results. A week and a half later Brad received a call that the results were back and was asked to go down to the hospital. It was here that his worse fear was confirmed, Bradley has Hodgkins Lymphoma.

Brad is now receiving intense Chemotherapy at Hogarth children and young adult treatment centre.His treatment started May 28th; should of been the 27th but Brad refused to miss his team Derby County play Aston villa in the final. He has now got to go through multiple cycles of chemo, these are in 21 day bouts. After the first 2 lots of 21 days a further pet scan will be given to see whether or not the mass has shrunk, they will then decide whether he needs another 1 lots of cycles Or 3 lots.

This page is to try and raise money for the Hogarth children and young adult treatment centre. This centre is a specialised centre for young adults and is kept seperate from the older patients. The centre has a pool table, playstation, x-box and many other activities in a room which looks much like a living room at your home to try and make the treatment and confortable as possible in a natural environment.Less than 1000 18-24 year olds get diagnosed with cancer every year, if Bradleys story can just help one person who may be having similar symptoms but feels that it may be nothing then its all been worth it! Never think your invincable and that it will never happen to you because you never know whats around the corner. We all wish Bradley the best and hope that the page can just give a little back to the people who are helping him most in his time of need.