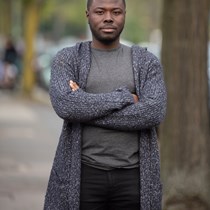 Weʼve raised £625 to help fund prosthesis for 2 children in Ghana who were involved in an accident in 2014. Without this, they cannot live as many children do.

As part of a 30km walk dubbed the Talisker Coastal Challenge, I am raising funds to support the underlisted children with new prosthetic legs. The walk takes place between 15 - 17 May, 2019 on the Jurassic Coast in UK, but this fundraising will be opened through the month of May.

Was knocked down by a car while playing in front of his house on the 19th of December 2012. Injury to his left leg was severe as to necessitate amputation during admission at the Komfo Anokye Teaching hospital.

He was amputated, on the 20th of December, 2013 treated, discharged and has resumed normal healthy life except for the fact that he cannot walk independently as a result of his trans - femoral amputation.

He now depends on prosthesis for ambulation. He is currently using his 5th prosthesis which he has currently outgrown and needs to be replaced.

A passionate environmentalist committed to supporting the needy in society especially children and vulnerable ones.