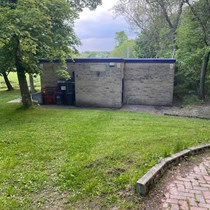 Weʼve raised £130 to deliver an educational package to young people on the effects of knife crime and the damage it causes to their victims and their families.

There were 340 fatal stabbings in the UK last year, and The Drop the Knife CIC and Charity has been set up to promote the prevention of knife crime and violence amongst our young people. In order to raise funds for the CIC & Charity, we are running a sponsored canoe/kayak on Coniston Water in the Lake District on 1st June and are looking for any paddlers who would like to take part in the sponsored event. The paddle is only 5 miles long and takes in some of the most stunning scenes of the Lake District. If you are interested in taking part please feel free to E-Mail me at brian.reeves@droptheknife.org.uk for further details and sponsor forms. We are also looking for any companies who would be kind enough to sponsor the food at the finish and supply a gazebo.

The Drop the Knife CIC and Charity

I would like to take this opportunity to introduce The Drop the Knife Community Interest Company and Charity. We have formed this company and charity with the aim of providing a cohesive end to end educational package on anti-knife crime and gangs in to Primary, Secondary Schools, Colleges, Youth, Sports, and Community based Organisations.

The idea to start the company came from Will Flint who was stabbed 12 times on the 1st January 2017 in Birmingham. Although Will has made a full recovery he still has effects from the injuries he received. We have now formed the company with four directors including Will who is the CEO. Will has made several appearances on television and radio talking about knife crime and his story. Indeed, we were on BBC Radio Hereford in January and on BBC Radio Wales in February.

We have made certain that the course content is age relevant but is still hard hitting and is a deterrent to detract young people from carrying knifes. With Primary school children we have written a play/story which replaces humans with dogs and replaces a knife with a bone. This will deliver the anti-knife crime and gang message without the fear of frightening young children.

For secondary and college students we have developed a video, set of slides and a live exercise that all demonstrate the reasons not to carry knifes and the possible consequences of ending up on the receiving end of a knife. We are also aiming to develop a virtual reality programme which can be taken in to schools in a purpose-built trailer with full advertising for the #droptheknife programme.

I am a director of The Drop The Knife CIC and Charity and am working alongside two other directors to deliver a cohesive educational package on Anti - Knife crime into Schools, Youth, Sports, and Community based Organisations across the UK