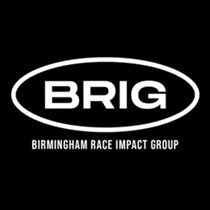 BRIG's formation - and this appeal - grew from the aftermath of the BLACK LIVES MATTER protest in Birmingham's Centenary Square, June 2020. We saw that young people's expectations of social justice would not be met without action, and as Anti-Racist activists from an older generation we have the skills and knowledge to support them. In the 1960s and 70s, pioneering organisations like the INDIAN WORKERS ASSOCIATION and HARAMBEE generated funds through their own communities to fight racism. We now need to do the same.

THE FOCUS OF OUR BRIG APPEAL IS TO "PASS THE BATON" TO OUR NEXT GENERATION - GIVING THE YOUTH THE SKILLS AND KNOWLEDGE TO FIGHT RACISM TODAY BY RAISING AWARENESS OF THE "HIDDEN HEROES" OF THE MOVEMENT IN OUR REGION, AND MOBILISING FOR A YOUTH SUMMIT IN 2022

Journalist and photographer DEREK BISHTON has generously allowed the use of pictures taken in Handsworth in the 1970s and 80s - including the landmark HANDSWORTH SELF PORTRAIT SERIES - to be used to support the programme, and a set of 10 narative postcards marking the 40th Anniversary of the 1981 Handsworth Uprisings.

£500 will pay for schools workshops using DEREK BISHTON'S HANDSWORTH SELF PORTRAIT PHOTOGRAPHS. All those who make a pledge and forward a postal address to info@wearebrig.co.uk will receive a postcard set of the images.

£1,000 will pay for research into a named Birmingham Anti-Racist activist. They will be commemorated in a new Wikipedia page and celebrated at our planned YOUNG PEOPLE'S RACE IMPACT SUMMIT. Please suggest who you would like us to research!

BRIG is a consortium of activists and academics who have worked for many years to promote racial justice in Birmingham. We are focused on resourcing the next generation of activists by pulling together Birmingham's best practice on fighting racism over the last 60 years.