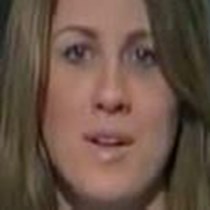 Weʼve raised £0 to create a high-quality broadcast-ready expert women to go on TV and radio programmes as guests. The money raised will enable that.

The Broadcast Ready Club helps more women become experts on TV and radio, or, creates more opportunities to get on air for existing female spokespeople. Between 2016 to May 2018, 25% or less of the experts on the news were female. It’s increased on some programmes, but overall progress has stalled, says Professor Lis Howell’s on behalf of City University London.

As well as the FTSE 100 which has a fantastic pool of industry expertise to draw from, we will also be drawing from the pool of women we get enquiries from on a weekly basis through Broadcast Ready. The overall mission is to create a pool of high-quality female experts for TV and radio programmes. The money will be spent in many ways including media training, coaching, show reel production, going on a database free for one year, putting names forward to producers and events.

If firms want evolutionary change, not just a vogue trend, then additional financial investment particularly in the beginning for women; is going to be required. Female and male brains function differently so women benefit from a different approach to media training and coaching than men. We have influenced literally thousands of women now since 2011 in this area so we are the UK's leading independent group helping females in this area.

The Broadcast Ready Club will bring out the best in the females so that they can become great on-air Expert Women.

We are communicating with each CEO and director of communications in the FTSE 100 firm. We are expressing the huge commercial benefits for them to inspire, select, and consistently coach and support new female spokespeople to go on TV and radio, or create more chances for existing female spokespeople.

The Broadcast Ready Club was founded by Kerry Hopkins, who has been helping women on TV and radio since 2011. Kerry invented broadcastready.co.uk for journalists, the UK’s only video-only database of broadcast-ready verified experts with contact details, that journalists use.