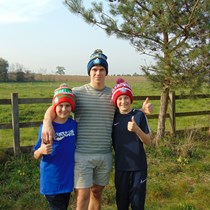 Weʼve raised £360 to to support Harry Banks who needs funds for a ground breaking trial in Barcelona. We are running 5k on Sat 11th May @ BSE Park Run

Last year Ethan started running to help others through large charities this year Ethan wanted to run for someone who needed support with something.......thats when we heard about Harry Banks who lives in Woburn Sands very close to where we lived for 9 years and Harry’s story really touched Ethan.

Harry is 10 years old and has relapsed Neuroblastoma, a very aggressive and rare childrens cancer. Harry needs funds for a ground breaking trial in Barcelona. Whilst the NHS has been amazing the funded treatment in Barcelona is the only lifeline available.

Sadly, we understand the massive impact cancer has on the whole family and Harry has a brother Oscar and this is why Harry’s story had such an impact on Ethan so he has roped in his two brothers Elliott (12) and Tom (21) to run the 5k with him.......so Ethans mission is to raise funds for Oscar and Harry, so that Harry can have the lifeline treatment.......in Ethans words “brothers doing it for brothers”

Here is more from Harry’s page : 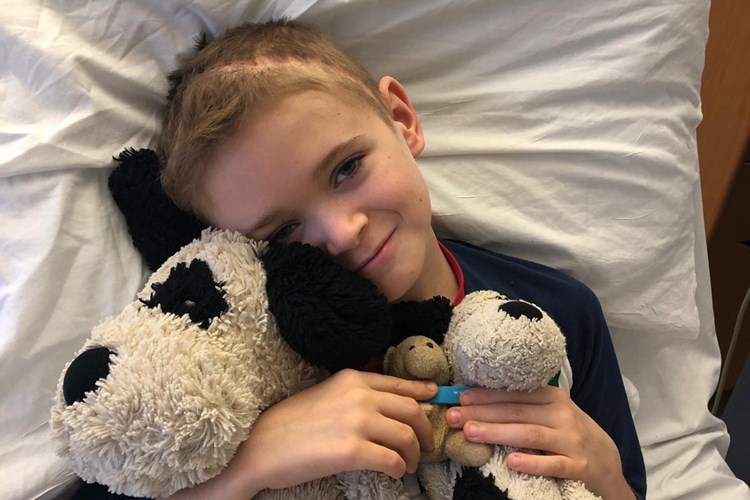 In late 2014 we were given the devastating news that Harry had Stage 4 Neuroblastoma, a very rare and aggressive children’s cancer. After bravely enduring two years of intensive chemotherapy, continuous investigations, major surgery, high dose chemotherapy, radiotherapy, immunotherapy and more, Harry had two and a half years in remission and rung the bell to mark the end of his treatment, although we knew he would continue to be monitored. Devastatingly, once again our world has been turned upside down – in November of 2018 we were given the distressing news that he has had a neuroblastoma relapse to the CNS (central nervous system) and had to have an emergency operation to remove a tumour from his brain. Neuroblastoma has one of the lowest survival rates of all childhood cancers, and a CNS relapse is so rare – it’s the worst. Harry desperately needs your help in any way you can.

Ethan loves running to raise money to help others, last year he raised over £600! This year he wanted to do a run to help an individual - that’s when he learnt about Harry Banks, so he roped in his brothers Elliott and Tom to help him - Brothers doing it for Brothers!