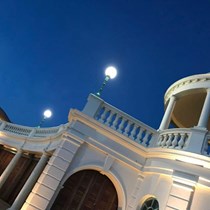 Weʼve raised £5,540 to raise money for Bryan McCartney who tragically fell ill to Sepsis and has endured 3 life changing operations to stop the infection spreading

East Sussex
Health and medical
Funded on Wednesday, 2nd May 2018

The friends and colleagues of Bryan McCartney are hoping to raise some money to help someone who has given 26 years to public service but who fell seriously ill in July 2017, following a well deserved break with his family. Sadly to date, 6 months on, Bryan hasn’t returned to work and, in the weeks and months that followed his holiday, the events have had a devastating impact on his family and friends.

Bryan developed a urine infection which quickly developed into Sepsis; a form of blood poisoning which can be fatal if not treated quickly. Although the Sepsis was caught early enough to save his life, sadly, the infection had already spread into his bones and he has had to endure 3 operations to remove the ends of his collar bones, all of his manubrium, parts of his first and second ribs, and the costal cartilage on both sides. Due to complications and Bryan’s current health these bones cannot be replaced. This will have life changing consequences for his family. Bryan can no longer return to front line work, and his future regarding his ability to drive is unclear, as although it is a skill he excels in and thoroughly enjoys, intense physiotherapy will be required once the surgical phase is over. Suzanne, Bryan’s wife, has, for the time being, given up work, and is now his main carer. Coupled with urgent and regular hospital trips to London, the financial, emotional, and physical stress on Bryan and his family cannot be under estimated.

Bryan’s friends and colleagues have often spoken about their wish to help in some way. By working together and contributing to this page (or if you would rather, consider it as buying him a few pints!) we can hopefully relieve a bit of their stress by knowing Bryan and his family are being looked after, and have an amount of money to make life easier for them.

Thank you for your help and kind donations. Every penny raised really will make a difference to a man who has given so much to everybody else all these years......