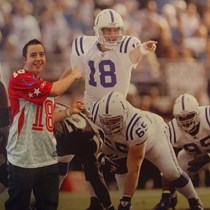 Weʼve raised £200 to help Brampton United U8's in being able to purchase some new football training equipment to aid in the development of the children.

Brampton United have been formed since 2013 however our U8 Reds are a new team in the club based in Brampton Bierlow in South Yorkshire. We are a new team who have formed on the back of the successes of other teams in our club, with children who previously have little or no football experience of any form. Each of the children who play for our team are really passionate about improving and show dedication every week in training and in every game that they play. Results have not been going the way we would like, however as being part of the team the kids are not only improving every week ability wise, but are also able to build on their social and psychological skills which is so important in any child growing up.

As with any grassroots team, all our players, manager and helpers do this voluntarily, and to keep our team running we require money to pay for referee's, tournaments and mainly equipment.

At this moment we use some equipment which has been handed to us as spare from other teams within our club, however we would love to be able to buy some new equipment which will match the passion and drive that our children show week in, week out in improving themselves, and with your help we can do this and bring a lot into our local community through the power of football.

This page has been set up for anyone who would like to help our team in other ways rather than being able to give their time, with any donations received we will keep everyone up to date with where the money goes and the equipment we buy, and keep you all up to date with the progress of the team.

I have been the manager of Brampton United U8 Reds for 5 months now and I am loving every moment of it. I am passionate about improving our team and bringing enjoyment through the power of football.