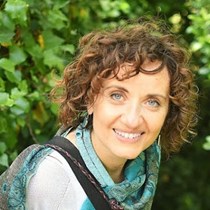 Italy is fighting an important battle against the current Covid-19 outbreak using all its resources. However, these resources are not enough to help everyone, especially those who live in disadvantaged areas and are vulnerable.

By making a gift to our emergency hardship fund, or by sharing our appeal with others, you can make a huge difference to those people who are struggling to cope with the impact that the coronavirus outbreak is having on their lives.

Calabria is a Southern region of Italy. The Southern pick of the entire Italian peninsula ending in the beautiful blue Mediterranean sea. Its nature is astonishing, as much as its poverty. Calabria is the region with the lowest GDP per capita and the highest unemployment rate. Being one of the borders of Italy, Calabria has since even represented one of the first landing point for migrants and refugees arriving from the African continent. Even when it is a very poor region, moved by a great spirit of humanity and solidarity, people from Calabria have always tried to welcome those who managed to survive the difficulties of crossing the sea. Its generosity has represented an incredibly important example of how it is possible to help others even when not having much.

The recent health outbreak has represented a serious problem for many of the disadvantaged families and migrants living in Calabria, whose salaries are paid only if the work is done. With the current lockdown, people are not working, so salaries are not paid. After almost a month without jobs, many people are struggling to have a meal per day.

Last week, a retired Italian man of 74 years old made the usual phone call to a group of young refugees from Gambia and Senegal living in the nearby village to check that everything was fine with them. The two African families were in good health, they said, except that they did not have a meal for the last two days. The old man questions one of the young men: "Why didn’t you call me? We could have found a solution!" The answer was: "We thought to call you, but you are old and thus vulnerable, you cannot leave your house, it would be too dangerous..." It is true it would be taking an important risk, also because the 74 year old Calabrese man lives with his wife who suffers from serious heart conditions. But the idea that (at least) four people in the near village could not have food that night was unbearable. So, he talked to his wife, and together they followed their heart. While he was looking for a mask used for some DYI and a pair of gloves used to work in the garden, his wife was preparing a box of food, sharing the little they had at home. They accurately selected all their homemade products, veggies coming from the garden, olive oil they produced last October, a jar of marmalade made with the oranges coming from their neighbours, parmigiano bought during last grocery shop (one month ago), rice but not pasta (because these families do not like pasta as Italians do), and a tray of cotolette di pollo which the lady had previously prepared for their own dinner. So, they filled a box with food for at least two weeks. After these preparations, the old man called one of these refugees and told him: "Wait for me at the end of your home road, in 10 minutes I will drop by. I cannot go out of my car, but I will open my car boot so you can pick the box which is inside. Please, share it also with the other family living near you". Of course, the young man realizing that there was going to be food in that box in tears managed to say "Grazie...".

When I asked the old man "Why did you do that? It was risky for you and your wife!", the answer I got was "How would you expect me to sleep that night knowing that four people were not able to have dinner. Despite being so young, these people have already experienced extreme violence, abuses, and fear, they cannot suffer more".

To whom the donation will go?

The donation collected with this crowfunding will be used to buy food for the people in need in the villages of Martelletto, Settingiano, Sarrottino and nearby in the province of Catanzaro, where there are several families in need among which also refugees’ families. Every single donation will make a huge difference. As the donation will arrive I will immediately transfer the money and make the purchase of good which will be donated by distributing the food to those who are in need with the collaboration of the local supermarket.

I will share pictures and updated this page with the output of your donations.

PS: Here you can find more about refugees living in Calabria, https://adventure.com/how-refugees-saved-riace-the-tiny-italian-town-that-could/

Here Open.online, an online Italian newspaper talks about this initiative.

On the radio here you can liste the podcast about this project.