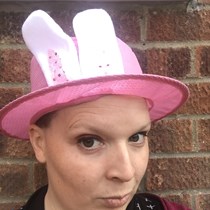 Weʼve raised £0 to help fund for small medical equipment and gadgets and toys for families with children with cancer, and the hospitalchildrens wards.

Heres our story! Life was normal i was rising an amazing and politie young lad and everything was good, then in 2015 while preparing for another child on the way my 4 year old was diagnosed with cancer. We were told the chances of survival wasnt good. He had Rhabdomyosarcoma stage 4 but after very aggressive treatment by 10 months we got scan results to say there was no eveidence of cancer. As you can imagine we were stoked and could finally start thinking about the future BUT 2 months later and an emergancy run to hospital within 24 hours we found it the cancer was back but this time in his brain he had multiple metatasis (inoperable and incurable) our only hope was a trial for more time with him. I didnt make the decision my son was now very clued up on his condition and i told him everything, from what it was, where, what side effects he will get and the outcome. So this time i included him in the decisionand he chose to fight! ( i know what your thinking how can a 5 year old make a decision like this, well i was always honest with him, answered every question and listened to every wish) and this time when he asked me if he was going to die i said yes! Honestly its the worst thing a parent has to do and i cried for days, but he deserved the truth and deserved to make his own choice on wether he wanted to keep fight or just let go.

In jan 2017 he lost his battle to secondary cancer!

now in his memory and honour we continue his strength and his work he started before he gained his wings. Each year we do a hospital run at easter and also try christmas time. We deliver easter eggs, cakes, toys and gadgets but this time we are adding in small medical equipment.

so we are launching a 6-8 month fundraising challenge where i will be taking part in some simple challenges, some extreme challenges and making personalised memory tedddys, blankets etc and also running competitions. Our fundraisers are ranging from burger eating competitions to the jurassic coast challenge and hopefully a wing walking experience.

We have a wish list on amazon which is: Caleb’s hospital gift run and medical supplies. We also have a facebook page which is: Calebs Cretaceous Legacy

so please pop along and have a look and the facebook will be updated regularly.

Our money raised will pay for tablets for the children who end up with speech impairments or brain damage which will include apps to help them keep there independence and still communicate with others, it will have ear thermometers, extra NG tubes, syringes, blood sugar tests, dip tests etc. Were also hoping to get new up to date gaming centres and games and toys and things for the teenagers too.

I am kirsty mother of an inspirational little warrior who entered the biggest battle of his life Cancer. Although he gained his wings he didn’t lose the battle! Now we are looking to raise money for the hospitals who went above and beyond to save him despite no cure available