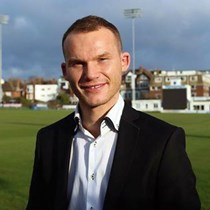 Callum King is the first member of ETHRAG to die, ETHRAG is the UK's 1st Residents Association for people living in Emergency and Temporary Accommodation.

Callum who I first met in 2016, was 18 an a resident in unsupported emergency accommodation in Brighton and Hove, Callum was under the care of social services at the time and was vulnerable, a few of us were fond of Callum and helped him with food, support and mentorship.

Sadly Callum was evicted, we as residents pleaded for the owners (a limited company) to allow him to stay, but this was denied.

Callum was move from place to place and eventually moved out of Brighton and Hove to Eastbourne. Callum benefited massively from the support we provided him, however 30 miles away in Eastbourne Callum was again unsupported in terms of the Council and Childrens services.

Since hearing that Callum who Tragically died on Friday 5th May, under circumstances in which he was hospitalised the early hours that morning due to psychosis in Eastbourne, however against the wishes of Friends he was released, later that day the incident happened in which Callum fell and drowned.

We are angry and the family are also angry whilst trying to understand how this has happened and grieve.

I am looking to help the family who are not well off with funeral costs and ask the community to help us honour Callum's memory.

We also want to take this opportunity to raise awareness around the housing crisis and how kids, care leavers and youth today are being ignored and left unsupported. There is a coroners inquest and we are also calling for a full council investigation into why Callum slipped through the net.

Thank you for donating and sharing this vital crowdfunding campaign.

Secretary & Founder of ETHRAG the Uk's 1st Residents Association for People Living in Emergency and Temporary Accommodation. I fight daily for the vulnerable, I am a housing campaigner and activist. My blog www.survivorblog.co.uk highlights issues, I champion Care Leavers.