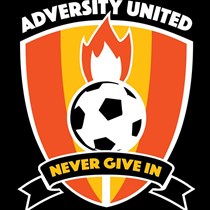 Weʼve raised £4,218 to secure the future of the club, expand the age range, provide extra opportunities and experiences for the players.

Hi my name is Cameron Osburn and I am 17 yrs old. I have Cerebral Palsy (left sided hemiplegia) and an overwhelming passion for football and helping others.

I struggled playing and being included in mainstream football when I was younger yet never missed a training session and always gave 100%. Unfortunately this was not rewarded through time in games and more often than not found myself watching others with far less commitment and passion from the subs bench and I stopped going.

My passion for football never went away. I currently play for North East and Yorkshire CP regional talent centre. I earnt myself a place and put my hard work and commitment to good use, receiving a "most improved player" award in my first season.

My second season was just as successful as I was selected to try out for the England talent squad and my team managed to win the national CP cup, competed for by CP teams from around the U.K. Last year I was also asked to play and represent the senior squad in their national cup in which they came second in the U.K.

My passion for sport and helping others gained me recognition at school where I earnt 2 awards for my commitment to sport and was nominated for a local ‘Adversity Award and became the boys ambassador for the awards.

This proved to be the springboard I needed and I moved my ambitions for helping others up a level from helping children in school who struggled with P E to setting up a football team specifically for boys and girls under 12 with disabilities called ‘Adversity United’.

The club hosted a series of taster sessions which was covered by BBC news and the local radio station Stray FM and from the feedback is becoming a massive success for the community. Adversity United has around 16 young disabled footballers under the age of 12 years old and now need the support of our community to help us get a football kit & equipment.

A small donation would help us to truly make our team a success and provide financial stability to continue to support, develop and grow.

Hi, my name is Cameron Osburn and I am 17 years old. I have Cerebral Palsy, a passion for football and helping others overcome adversity. I am the founder of Adversity United a Harrogate based under 12s disability football club