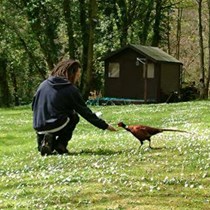 I will be walking the West Highland Way from Tuesday the 7th June - Sunday 12th June to raise money and awareness for the Beckley Foundation. My girlfriend will be joining me, but has chosen to raise money for a charity of her choice. We will be completing our adventure with the ascent of Ben Nevis, the highest mountain in the British Isles.

I have chosen to raise money for the Beckley Foundation as I feel the research and information they are producing is revolutionary in the treatment of illnesses such as anxiety, depression and PTSD, expansion of consciousness and brain function and to minimalize potential harm and harness the potential benefits of psychoactive substances such as cannabis, MDMA, psilocybin, LSD, DMT and 5-MeO-DMT . They also work with a collaboration of political leaders and drug policy analysts to influence global drug policy and to advocate for policies that support public health, promote harm reduction, are cost-effective, and protect human rights.

A recent collaboration between the Beckley Foundation and Imperial College in London has produced research to show that psilocybin (the psychoactive chemical within 'Magic Mushrooms' can successfully lift severe depression in previously untreatable patients. Its research like this that should encourage society to drop the stigma that has been force fed to us by a failing drug policy. We need to move forward, braking the taboo and studying the medicinal and therapeutic properties of these substances.

The money that I raise from this event will be given to the Beckley Foundation to further help fund future research.