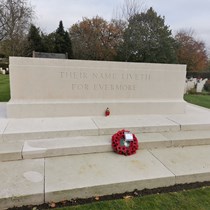 Candles for Heroes is organising a Christmas Remembrance Candlelight Vigil at Stonefall Cemetery, Harrogate on 19th December 4pm. We are inviting people to remember the hundreds of war casualties who are buried here.
Stonefall Cemetery contains the graves of just over 1000 casualties from the First & Second World Wars. More than 900 of the graves are of Air Force personnel from WW2. There are over 600 Canadians, almost 100 Australians and more than 20 New Zealanders. There are more than 200 Royal Air Force graves which includes, amongst others, a casualty from Fiji and 6 casualties from the Caribbean.
At the vigil the headstones of more than 1000 World War 1 & 2 casualties will be illuminated with tea lights. Candles for Heroes is asking people to donate £5 which will pay for the cost of candles being placed on the headstones and will include a charitable donation of at least £3.50 to be split equally between Help for Heroes and the Commonwealth War Graves Foundation (CWGF).
Help for Heroes provide lifelong support to Service Personnel and Military Veterans with injuries, illnesses and wounds sustained while serving in the British Armed Forces.
The Commonwealth War Graves Foundation (CWGF) is a charitable foundation that highlights the work of the Commonwealth War Graves Commission (CWGC) by telling the stories of the 1.7m people the CWGC commemorates.