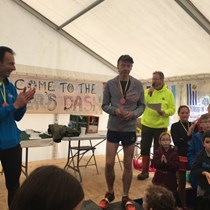 I am running in the Frankfurt Marathon on the 28th October 2018 to help raise funds for and awareness of Candy Cane Rescue and am asking for your support. This organisation rescues Greyhounds (and sometimes other breeds) from the horrific conditions of the Chinese meat trade. My mum has fostered and adopted ex-racing Greyhounds for many years and I know them to be gentle creatures who love the comforts of home, so it is all the more shocking to read of the conditions they endure in China.

It is a sad and tragic fact that Greyhounds are being exported from the UK, Ireland and Australia to China, a country with NO ANIMAL WELFARE LAWS. After they have finished racing, or being used for breeding, they are deemed as worthless and many end up in the Chinese meat trade where they are killed in the most horrific ways - not afforded the luxury of a quick and pain free death. Until Candy Cane Rescue was founded, these Greyhounds had no chance of experiencing love, or comfort, or life as a family pet. Candy Cane have also taken in dogs from the meat trade in South Korea and Vietnam.

Greyhounds are also sent to Shanghai Wildlife Park where locals report they are fed alive to big cats and other predators, and forced to race against Cheetahs for entertainment.

Candy Cane Rescue was set up in the UK on the 25th June 2017 by Kerry Elliman (who is also the founder of Birmingham Greyhound Protection). The charity was named after a Greyhound called Candy Cane that tragically passed away shortly after being rescued from the meat trade and never made it to her "happy ever after". Candy Cane's focus is on rescuing Greyhounds, but they have rescued many other breeds of dog, and often look for reputable breed-specific rescues to take them in.

Kerry felt she had to try to save as many of these dogs as she could after seeing evidence of the horrific way in which Greyhounds (and other breeds) are treated in China.

"I've seen videos where dogs are being boiled alive. I saw one the other day when a meat wagon was being hosed down with scalding hot water – with the dogs still in it. You could hear them screaming. It was horrific." "The dogs are kept in tiny cages and tortured before being hung, skinned or boiled alive. By the time we get them many have suffered horrendous abuse and are very damaged." In some areas of China, people believe that torturing dogs makes their meat taste better and gives added health benefits. "

Although Candy Cane is based in the UK nothing significant could really be achieved without the help of brave volunteers in China who work day and night to rescue dogs from the meat trucks and the slaughterhouses. Candy Cane steps in to offer shelter, food and water while the dogs undergo veterinary treatment before they are well enough to be rehomed with loving families in the UK and abroad. The funds raised by Candy Cane are used to pay for: safe, clean kenneling for the dogs in China; the necessary vaccinations and vet treatments; spaying/neutering; passport documentation; beds, blankets and toys; crates to enable them to travel and the cost of flights once fit enough to fly. Without the support of the UK community this work really would not be possible.

There are of course groups campaigning and many petitions calling for change, trying to stop export of these dogs, and we can only hope that this will happen in the near future.

Right now, Candy Cane are in desperate need of funds to move dogs out of China before the winter comes. They still have many dogs in boarding kennels and with vets in China. They are currently taking in new dogs that need veterinary care that will cost thousands of pounds. They also have many dogs waiting to come into their care from shelters in China and these dogs also need a lot of expensive veterinary care.

This is a massive undertaking, and without UK supporters none of this would be possible.

Please sponsor me in the Frankfurt Marathon on the 28th of October 2018 and help give these ex-racers and other dogs, the life that they deserve. 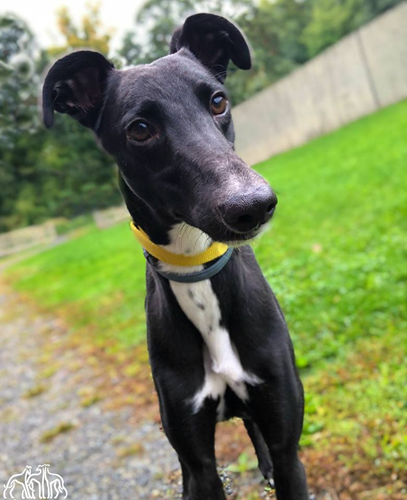