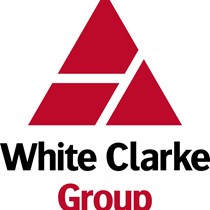 Weʼve raised £1,100 to give out MK Cares Kits to homeless people in Milton Keynes

In 2016 three homeless people died in Milton Keynes due to tough weather conditions.

“As the weather gets worse it’s inevitable there will be more suffering on the streets. The likelihood of more deaths increases every day,” said a spokesman for the Milton Keynes People’s Assembly.

A report released by the charity ‘Shelter’ at the end of last year showed that 1 in every 110 people in Milton Keynes are now homeless and the number of homeless people in Britain has increased by 13,000 in the last year. This news shocked White Clarke Group employees. Determined to help we decided to club together to fundraise and create winter packages for rough sleepers to help them over the cold winter months.

After careful consideration, and speaking to people living in tents, we agreed on the most desired and useful items and created the parcels. These packages included blankets, socks, hats, gloves, thermals, toiletries, first aid kits and food vouchers. Over the Christmas holiday some of our staff went out on the streets of Milton Keynes and gave out parcels to those in need.

“These packages will include items to help people survive the cold, cheer them up, protect them in the summer and make sure they know that the community of Milton Keynes still cares about them”, said Brendan Gleeson, Group CEO at White Clarke Group.