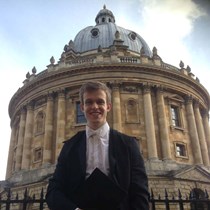 Weʼve raised £10 to Fund a charity project in Zambia. We will be travelling there in September to teach people about computers, soap-making and music.

I travelled to Zambia on 1st September of 2017 where I taught Chemistry and Maths to nearly 200 pupils in a secondary school in the Eastern Province - one of the least privileged provinces.

When I got back at the end of August 2018, the difference between the two countries was painfully obvious in terms of resources available, employment rates and even down to how much farming each family does just to live on.

So I decided to carry on making a difference and got a really heart-warming surge of support from my friends at Oxford University. We have spent the first two terms organising ourselves and planning the projects we would carry out and will spend the next six months implementing it. The majority of the money that we raise is going towards flights, since the projects are designed to use resources that we can get for free in Zambia. We expect to raise most of it from our own fundraising events and college grants but this is the little margin that we need to cover to make it become a reality.

There are three projects that we aim to carry out, all designed to have the greatest benefit from minimal resources and based on the "don't give him a fish, teach him how to fish" concept.

The first project is to bring old, unused laptops with us, teach locals how to use them and then leave them with a charity with whom I have contacts so that they can be used after we leave. The second project will teach as many people some basic music skills, such as reading sheet music, which can be used after we have left. The last project is to teach the basics of the soap making industry in the hope of generating employment and increasing hygiene levels.

I know that all of these initiatives will make a difference to each person we can get to, so any money you can spare will be hugely appreciated by us and by the Zambians waiting for us.