Weʼve raised £42,550 to Raise funds for life-saving cancer treatment for Carl Smith, to support him in his courageous battle through which he has inspired so many

Carl Smith is an amazing individual and we feel incredibly lucky to be able to call him our friend. He inspires everyone he meets by making them truly believe that you can achieve anything in life you ever want to do.

For 2 years, Carl and his family have faced devastating grief at the hands of a cruel and unforgiving disease. Carl has been battling life-threatening cancer for over 2 years and through this time has had to face unimaginable pain through losing his younger brother, Daniel Smith (24) and his dad, Earl Smith to cancer whilst supporting his daughter, Ellie Smith, aged just 15, through her own battle with kidney cancer. 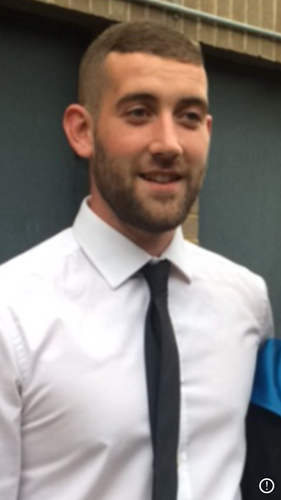 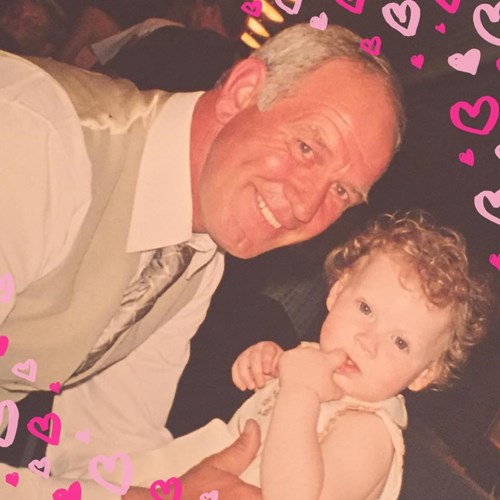 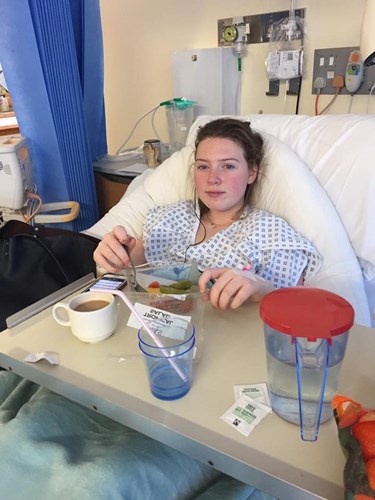 Carl was diagnosed with a complex form of cancer called a Paraganglioma after having pain in his back in late 2015 and underwent a high-risk operation to remove one of his kidneys, 60 per cent of his liver and a transplant of his inferior vena cava, a major blood vessel to the heart. Unfortunately surgeons found the cancer was more wide-spread than first thought, so the decision was made not to proceed mid-way through the operation. Following the unsuccessful operation, Carl underwent 6 rounds of chemotherapy but his cancer remains life-threatening.

Following his diagnosis and the heart-breaking loss of his close family members, Carl was asked to see a geneticist to see if his family had inherited a gene that made them more likely to develop cancer. The geneticist confirmed Carl had a mutated version of the SDHB gene, which increases the risk of developing a number of types of cancer. Following further tests, it was confirmed that Carl's brother Craig (44) and both Carl's daughters, Ellie (15) and Lauren (12) had also inherited the gene and this was how Ellie's devastating cancer diagnosis was discovered.

During these impossible times, Carl could have easily just given up hope, but instead his battle inspired him to help others in need. In memory of his brother Daniel, Carl organised a number of charity events called the 'Soccer 8's' which resulted in funds being raised and donated to 9 individual young adults all battling different stages of cancer. 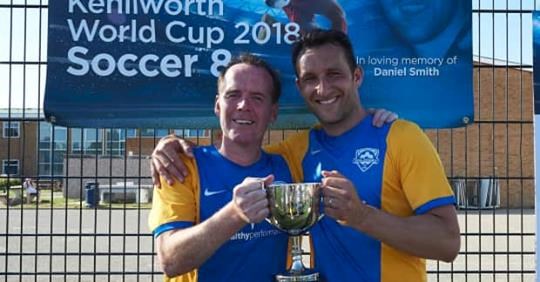 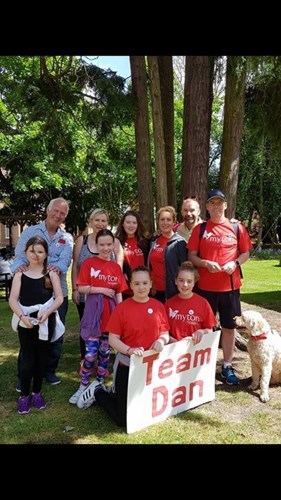 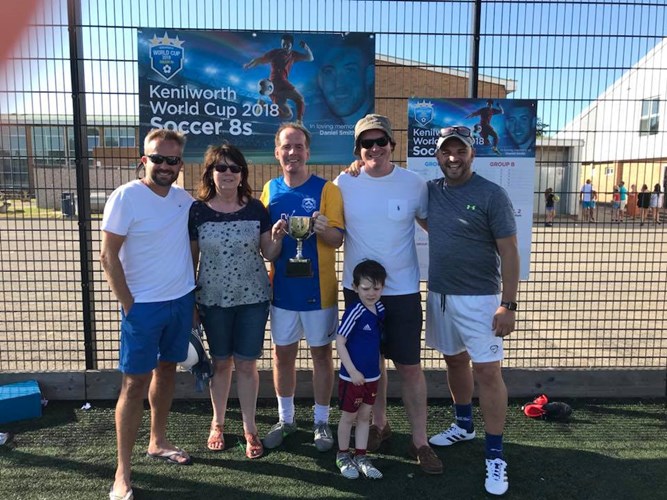 Carl's kindness, humility and strength has touched and changed the lives of many. Carl has helped so many others even though he continues to face his own long and unforgiving battle with cancer. To give Carl the best opportunity he can to spend quality time with his family; his mum Cath, his wife Leanne, his brother Craig and his daughters Ellie & Lauren, he needs support to raise funds for life-saving treatments which are unfortunately not available in the UK or via the NHS.

In August 18, Carl is due to begin a new treatment, called MIBG which will involve regular hospital stays with 10 days in isolation. MIBG is a form of radioactive Iodine. It is injected in to the blood stream and is transported to the site of the cancer, taken up by the tumour cells in the hope that it will kill or reduce the cancer cells.

To give Carl the invaluable gift of spending more time with his family, we need to raise £65,000 over the next 3 months so that he can undertake other life-saving treatments outside of the NHS; Immunotherapy, Chemo Thermia and PRRT (treatment details below).

As someone who has witnessed Carl and Leanne's bravery, courage and resiliency first-hand, I know this family are truly deserving of help and support and hope that the generosity and understanding of others will help this amazing individual spend more quality time with his family.

All donations will be gratefully received by Carl and his family. If you have any ideas for fund-raising events or would like to run your own events to support Carl & the family, please feel free to share ideas on this forum. 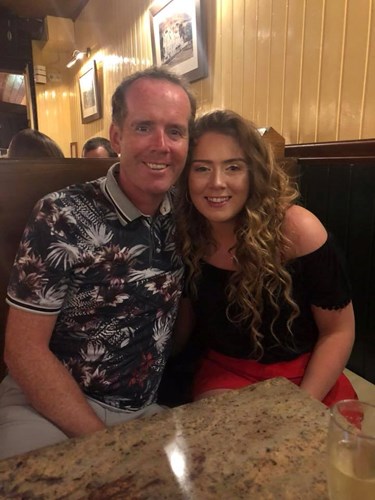 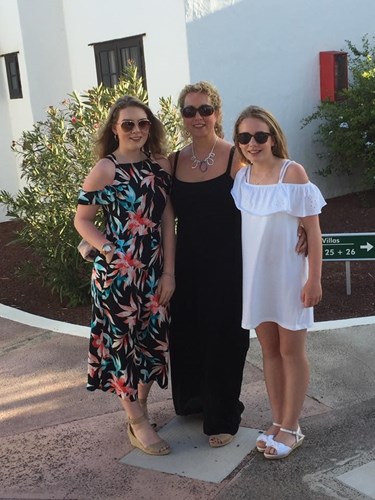 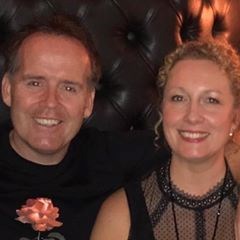 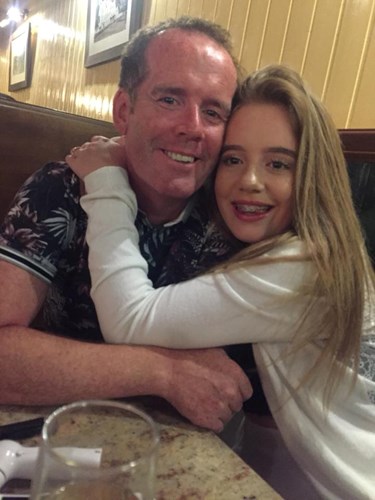 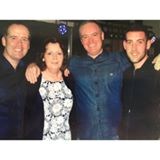 Immunotherapy is a treatment designed to boost the body’s natural defenses to fight cancer. It uses materials made by the body or in a laboratory to boost, target, or restore a person’s immune system. The immune system is a network of cells, tissues, and organs that work together to protect the body from infection. Certain types of immunotherapy attack cancer or slow its spread to other parts of the body. Others make it easier for the immune system to destroy cancer cells.

PRRT is the abbreviation of Peptide Receptor Radionuclide Therapy. This therapy is used for patients with neuroendocrine tumors (NET). NET is a rare form of cancer. By administering the radioactive protein lutetium octreotate to the patient, it is possible to treat the tumors with precision. The quality of life of the patient improves with this treatment in many cases.

Chemo Thermia or Metabolically Supported Chemotherapy (MSCT) is a modified and improved method of Insulin Potentiated Chemotherapy (IPT) and is the main method that is used to increase the effectiveness of conventional therapeutics. A diet is followed that contains no sugar, is low in saturated fats, is high in fibres, cruciferous vegetables and plant-based sources of protein. It is similar to a “Ketogenic Diet” plan but has been modified especially for oncological conditions. The main aim in applying this strict diet is to lower the plasma glucose level which is the main energy source for cancer cells.