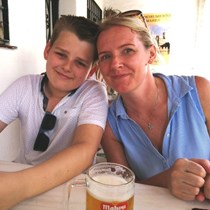 Weʼve raised £1,220 to Help install a gas supply and heating system in our Karate Clubs Dojo to allow students to train through the winter.

Awarded charity Status in June 2008, The Karate Initiative was set up in October 2005 by then serving Police Officers and Karate instructors (Gordon Williamson, Roy Bower and Ashley Walker) in conjunction with Fife Constabulary who were concerned with the number of students who were stopping their training for no other reason than financial.

Our initiative is provided as a diversionary project aimed at people from the ages of 7 – 70 years of age and caters for people from all walks of life in the west of Fife area. It is specifically aimed at families already under considerable stress and economic hardship who find it impossible to attend such classes due to monetary constraints. This initiative is also actively targeting the family unit and we are encouraging the parents/guardians/carers of the people attending to also participate which will encourage and cultivate bonding between those people. Due to the disciplinary element of such training these classes promote certain social skills, which can be missing from a large proportion of children in today’s society.

The club moved to new premises in March 2019, which they share with another Karate club and have raised funds to refurbish the premises so that more than 50 students can train up to 4 times a week with great results. Last year 4 members of the club were picked to be part of Scotland's squad in the European Championships and hope to represent the country next year in the World Championships in Tokyo. However as winter approaches the lack of heating in the new premises threatens to disrupt training and cause damage to the building. We are looking to raise £5000 to cover the cost of having a gas supply made available to the building to then allow us to install a gas boiler and central heating system.

Any help you can provide would be greatly appreciated by all our students and volunteers.

Mum of a karate kid who has benefited from Carnegie Dojo's training and community and who wants to give something back.