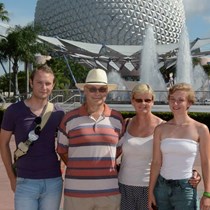 Weʼve raised £1,951 to help Doncaster Schools Rowing Assoc and Doncaster Rowing club pay the insurance, for their fleet of boats.

Doncaster Schools Rowing Assoc and Doncaster Rowing Club are a small local club, whose club logo is "Rowing for All ". Each year we encourage athletes , young and not so young, to row. We help to instill confidence into these athletes, through their abilities. Many of the rowers become confident enough to compete at Regattas, or in Head Races, which are held throughout the country. As they progress, most will represent the club, or county or some even their country. Rowing is an event that requires some quite expensive equipment, mainly the boats. The insurance, for these boats to be allowed to go on the water, either at the club, or to be taken to other clubs for them to be used for racing, is quite costly, but without it, we would not be able to train or race, which is why we need to fund raise. Our first fundraising event is a 24 Hour "erg" , we plan to keep 2 rowing machines moving for 24 hours, starting on the 30th March at 11 am ending on 31st March at 12 noon. All sections of the club are involved in the event, from the 12 year old juniors who have started rowing this year, to the masters at 70+. Athletes have volunteered, and been allocated times for them to take part during the 24 hour period, the aim being to get as many metres onto the machines as possible. This will be quite a team building event for all of the club. The intention is for our young juniors to start the event, they will take a second turn on the machines in the final hours, but the final athletes will be our performance group, who will also have kept the machines moving for most of the night. We hope that people might come down, see what we do and help us to keep our athletes putting Doncaster on the rowing map.