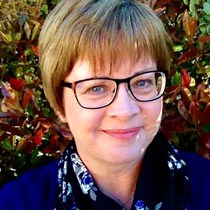 ELLA IS FOUND! WHAT A DRAMATIC RESCUE
Three days after she went missing, and after being hit by a car, it came down to a dramatic rescue operation across the mud, Ray Island and Packing Shed Island as the light faded and local people went out in boats, on paddleboards and on foot to try and save her. At the same time hundreds were willing her to safely and following the minute by minute search and rescue on Mersea Locals.
Locals have been searching for Ella day and night since she went missing. Just as it looked like Ella might have succumbed to her injuries and be lying hidden away somewhere, a possible sighting of a dog swimming from Mersea towards Ray Island came to light late yesterday. Unlikely as it seemed, paddleboards and boats set off for the Ray today and there she was, very distressed and difficult to catch. Ella's owners made their way over in the hope that she would come to them but she had gone to ground.
Concerned locals gathered on the mainland and spotted Ella on the Ray. They were able to contact the search party on the island and guide them to her, but every time her owners got closed the terrified dog ran off.
Eventually she made her way from the Ray across the mud towards Packing Shed Island as darkness began to fall. There were urgent calls for boats and the RNLI, as she was clearly exhausted and could go out to sea. The RNLI launched and Stacey Belbin took the Lady Grace out. Just as the last light faded Ella tried to swim away. Stacey and Robin Gozzett closed in with their boats and cornered her, she was pulled aboard Robin's dinghy.
She is now safely on land and the Blackwater Vets has opened the surgery to see her.
The dramatic search and rescue has played out on the Mersea Locals Facebook group since Thursday, with worried Islanders coming together and searching for her from early in the morning until late at night, right across the Island. When word came through that she had been found there were scores of posts from locals, some in tears