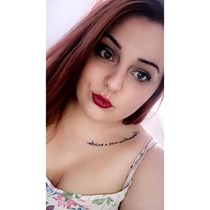 Carter was born on the 31st of January 2019, he was ready to go home with Mum but after a check over by the doctor discovered Carter's oxygen levels were very low. Carter was taken in SCBU in VHK. Carter was treated for infections, off and on C-PAP and high flow. Carter spent two weeks in the SCBU until one night he had given up the fight and became very unwell. He was put on a ventilator and rushed to Royal Hospital For Sick Kids Glasgow. Carter was diagnosed with TAPVD and was taken for emergency open heart surgery. Carter spent 3 weeks in Glasgow in total after his operation.

Iam raising money for Ronald McDonald House Glasgow, this is a fantastic charity who keep parents/grandparents close to there children. If it had not been for this chairty i would not have been by Carter's side. I would like to set up this page to give something back, for keeping me close to my son. To support there chairty so they can keep on giving mums and dads support and a place to stay when there child is sick.