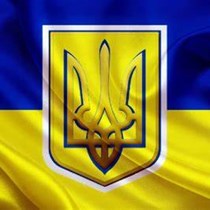 Weʼre raising £50,000 to Care for Ukrainian refugees in eastern Romania.

I am Catalin Constantin and I managed Worth Farm for 8 years. In 2017 I returned with my family to our home country of Romania to be close to family to help with our special needs second son born whilst at Worth. We have subsequently started a business with a small summer hotel resort of 5 self-catering villas in the Danube Delta, Casa Varvara.

We have now found ourselves at the epicentre of one of the Ukrainian refugee crossings into Romania being 10kms from the ferry border point of Isaccea. What started as a trickle of refugees has now escalated, with 3,000 people arriving on just one day. This number of refugees is only going to increase and probably dramatically, as the strategic Ukrainian port of Odessa (only 300kms away by direct road) is under increasingly heavy attack. The weather is currently very bad with freezing temperatures, and refugees are arriving with nothing but the clothes on their back, a very small amount of money, and some without passports or other travel documents. Many are young families without the father who may have stayed behind to fight. They all have different needs but are all disorientated, exhausted, hungry, cold, and frightened about the future.

We are welcoming these poor people and trying to make them feel genuinely at home. We are not imposing any time limit on how long they stay, although most want to keep travelling further west as fast as possible. Many do not have the necessary documents to be able to move on and find relatives.

I went to the border again last night, to help with moving refugees to accomodation centres in Luncavita, Cataloi and Isaccea. 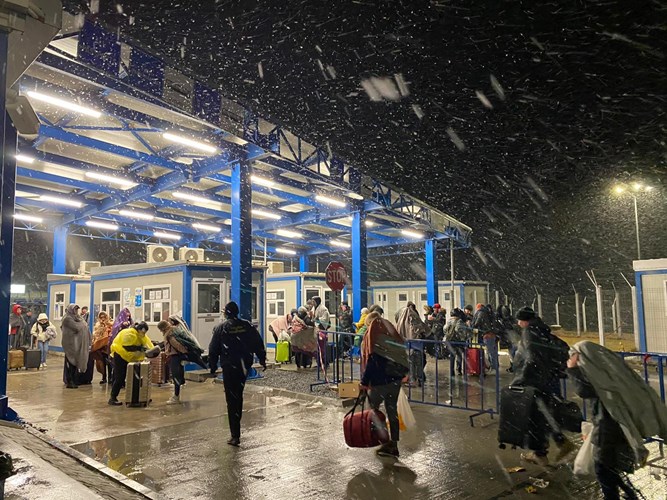 We also brought to Casa Varvara 10 more refugees, at around 2 am.

Oksana is 29, she came with her mum, and her two children, Alisa(3) and Daniel (1). They didn't have a car. One of her children has lactose intolerance and we need to find the lactose-free milk for them.

Yuliia is 33, she came with her mother (57), grandmother (87), and her three children, Olha (3), and twins Ksenia and Makar (9 months)! She is still breastfeeding, and she was also the driver, all the way from Odessa. They also have two cats! They travelled in a tiny Mitsubishi Colt, and had lots of belongings also packed in that car! 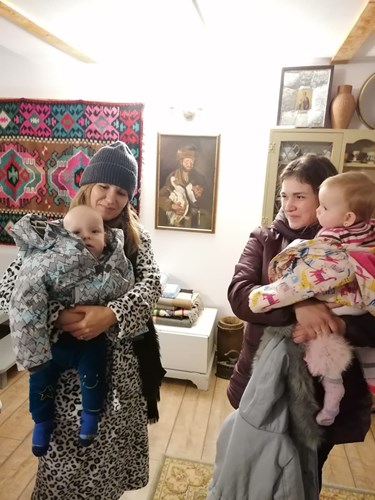 This particular family was so tired and stressed, they didn't know what to make of all this. They followed me with their car last night, but when we got closer to Casa Varvara, she wanted to turn the car around! I had to go back, and tried to convince her that we just want to help them. When we finally arrived, the grandmother didn't want to come out of the car! She kept saying she wants to go back home!😔 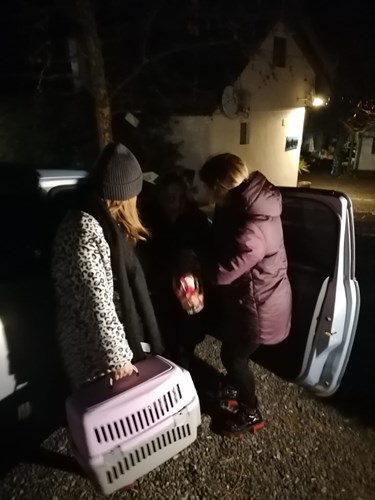 This morning, everyone is better. We gave them breakfast, nappies, and sim cards for internet. 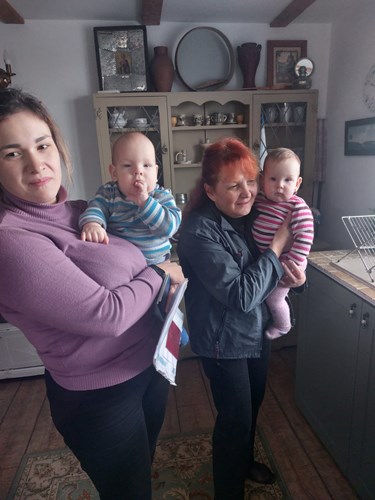 For the moment, they don't have any clear plans, the same as everyone else here.

They all hope the conflict will be over soon ,so they can return to their homes.

There is still a constant flow of refugees over the border. We take them to accomodation centres nearby. They are only women and children. No men are allowed to leave Ukraine. All these families are split. Will they ever be reunited? Nobody knows!

Yuliia decided to leave for Germany, 4 generations in one tiny Mitsubishi Colt, and a cat! They had to leave one cat behind, so we now have in our house, Bonya, our first ukrainian refugee cat! 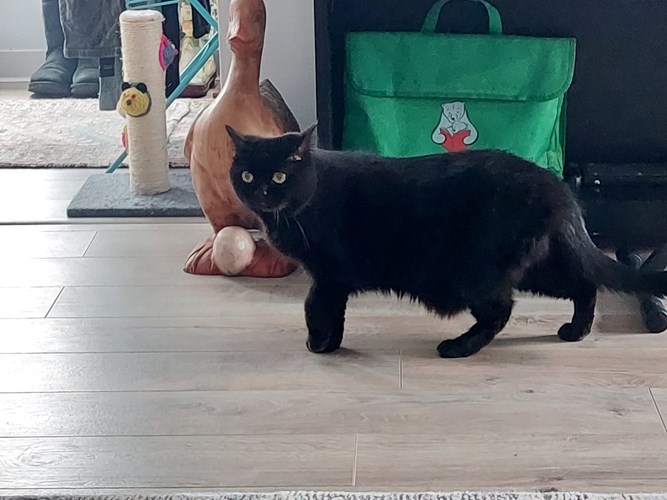 Trying to find the easiest way out of Romania for them.(It's almost a 600 mile drive to the hungarian border) 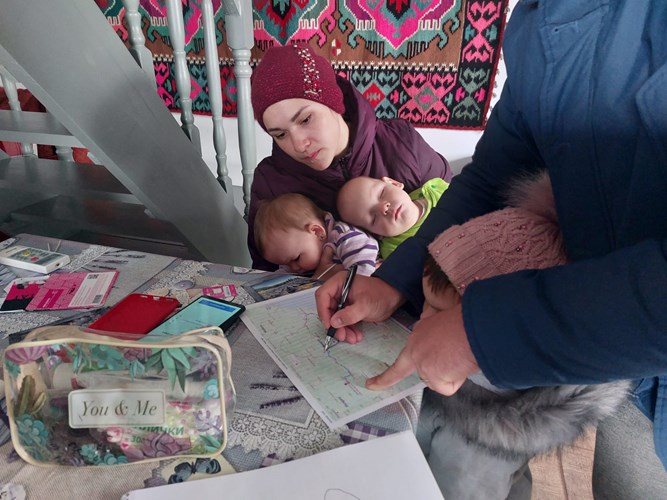 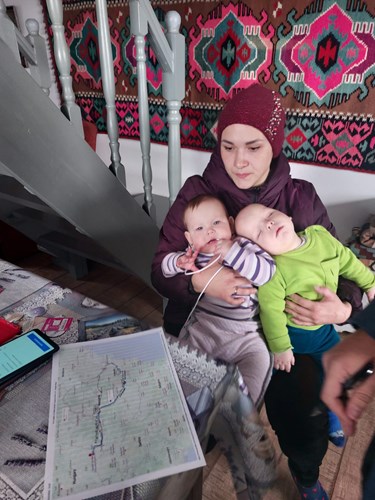 Iuliya looks worried, there is a lot on her shoulders! It was their decision to go. We cannot decide for their future, we can only help them the best we can. 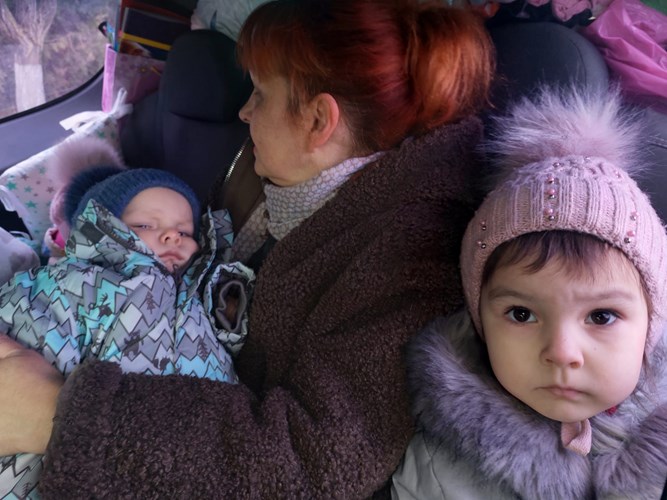 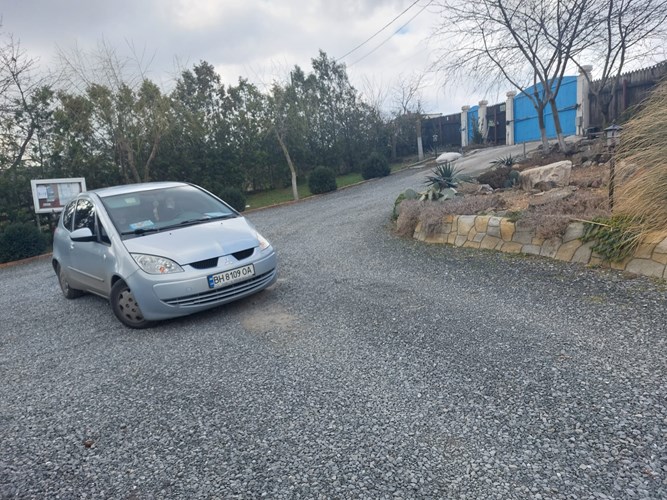 We wish them a safe and easy journey!

Their place was taken earlier tonight by this family of 7. We will get to know them better in the next couple of days. 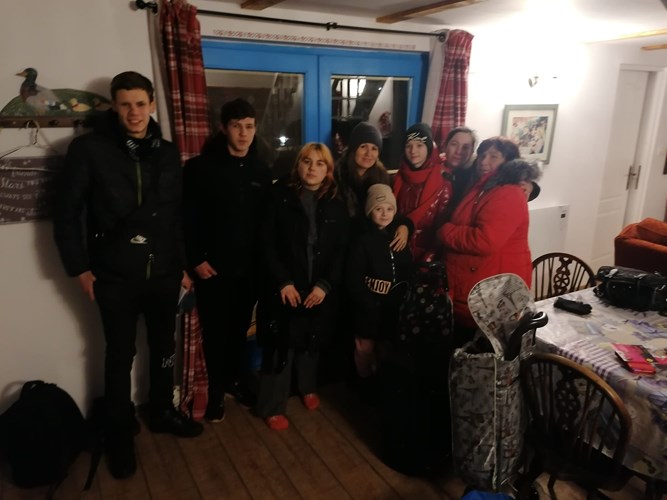 A message from Oksana, one of our ukrainian refugees! I think this message is addressed to each and every person that contributed here, and I wanted to share it with you!

Спасибо Вам очень огромное. Вы очень много делаете для нас и мы безгранично Вам благодаря за ваше добро! In translation: Thank you very much . You do a lot for us and we thank you infinitely for your kindness! 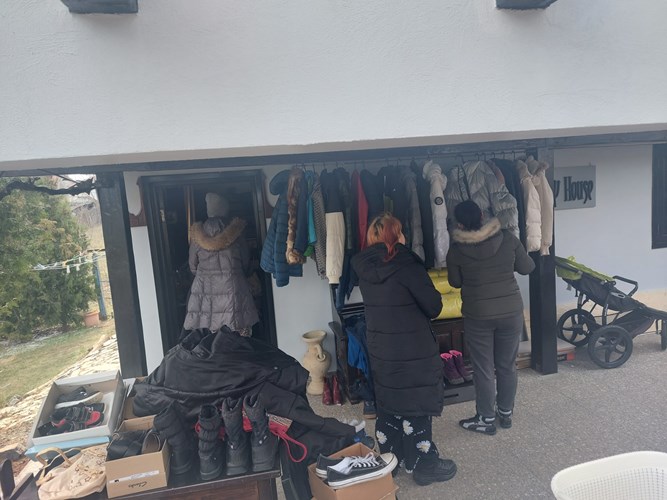 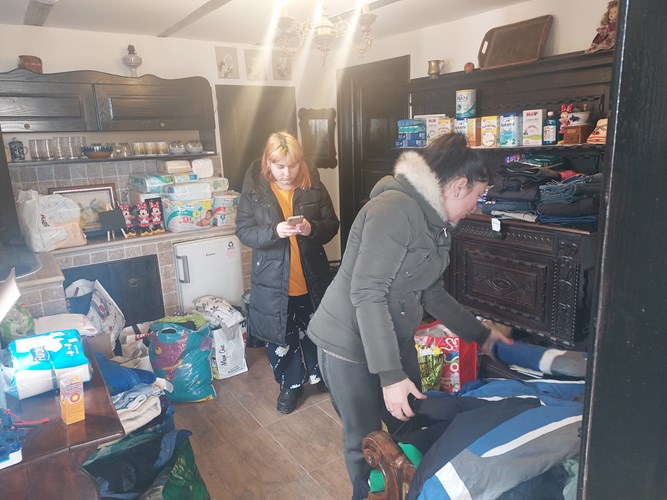 In one of our houses, we opened a free shop! We have clothes, shoes, nappies and medicines. Everything is free for the refugees. While the situation in Ukraine did not improve, at least the weather in Romania is a bit milder! My son Luca (middle left) is playing with five ukrainian girls, and they only speak russian! 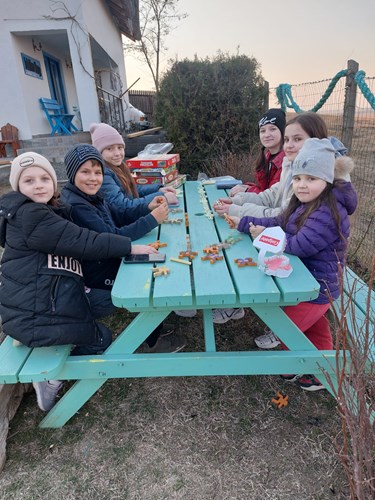 Over the last few weeks, thousands more refugees arrived at the border point of Isaccea. They keep arriving from the south of Ukraine mostly, but at least the weather is much better now. We don't see an immediate end to this conflict, so, we will keep doing the best we can for the ukrainian people.

Some of the refugees that stayed here at Casa Varvara, returned to Ukraine, some have left for Britain or the U.S. They were all short of cash, and we just handed sums of money to them, to help them on their new beginning somewhere else. For others, we rented two flats in Tulcea, and we paid and are still paying for all their expenses there. Today, my sister in law, Eleonora, took one Ukrainian woman, to Galati, to a medical medical appointment. The woman has AIDS, and needs constant medical supervision, and medication. Fortunately, the medicines are free, provided by the romanian government.

We also have identified the need to send food and medicines to southern parts of Ukraine where many people find it increasingly difficult to find those supplies. Our first two transports left and were distributed this week!

We will use your donations wisely, and we will keep doing this for as long as we can. God bless you! 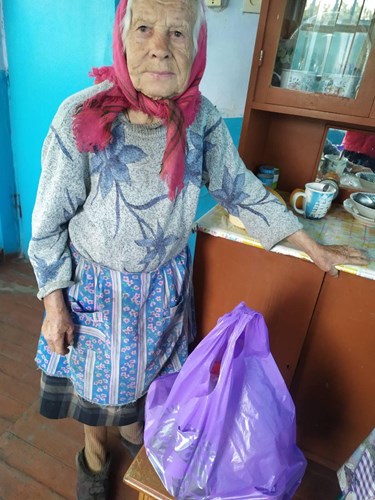 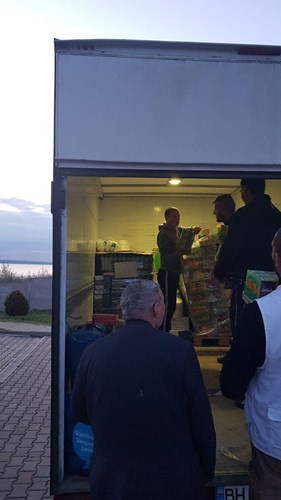 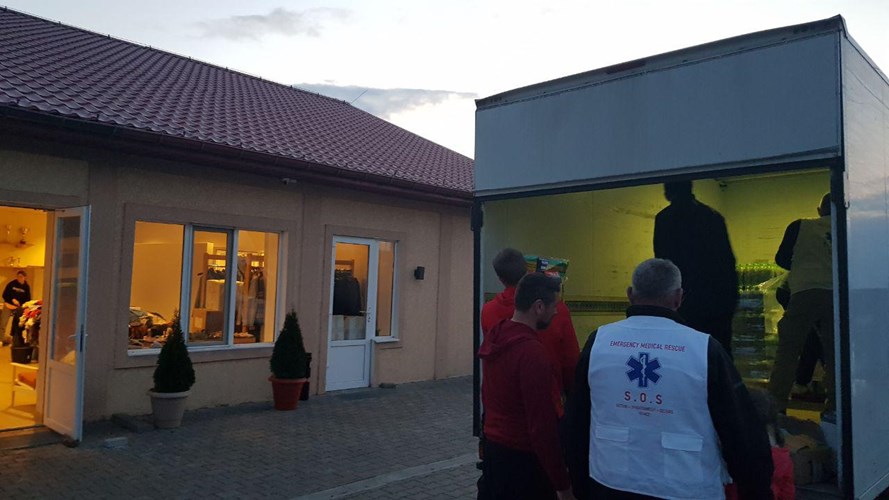 Dear friends, with your help, we can meet all their needs, and help many more.

I know some areas of Ukraine are running short on supplies, so we are considering sending food, clothes, medicines and other goods to them.

Some other examples of the help we are providing include:

One young woman had recently passed her driving licence and was forced to drive all the way from her home near Odessa. She wanted to drive to Satu Mare in Romania, some 500 miles away, to meet her husband, but was too scared, so we found a driver to get her there safely.

Another family, from Odessa, wanted to get to Poland, but they didn't speak Romanian or English. A friend of ours met them in Bucharest and took them to the station to help them purchase tickets.

One family from Kiliya wants to get to America but not all of them have passports. We will need to somehow take eight of them to the Ukrainian Embassy in Bucharest and bring them back at the end of the day. It is highly unlikely they will receive their documents in one day, considering the numbers of refugees in Romania. So, we are now in the process of finding acommodation in Bucharest for them for a few days.

Quite a few families, needed to get to Bucharest, but didn't know how and couldn't afford to get there. We buy them the bus tickets, or, sometimes find free transport, provided by helpful romanians!

We hired a minibus, which we now use each evening, to transfer refugees from the border to our place, or other similar places nearby. 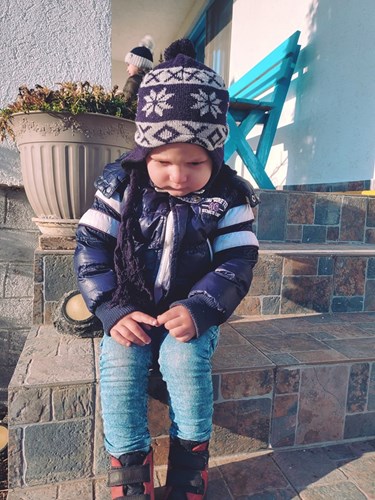 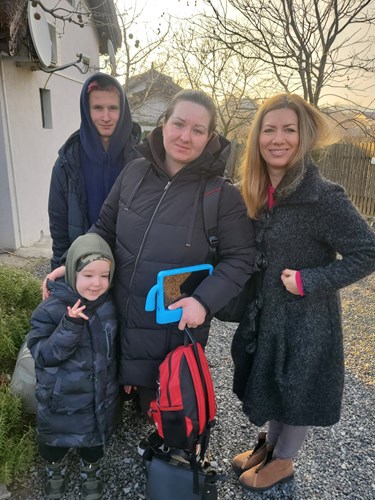 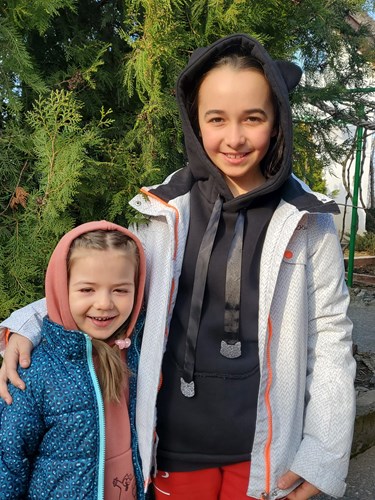 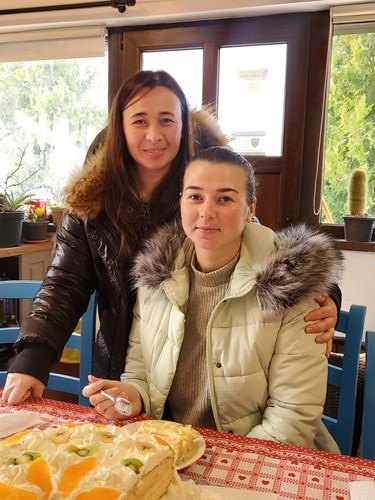 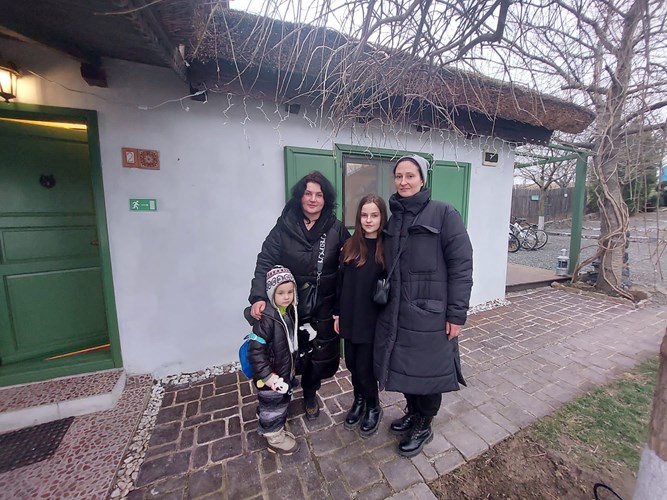 So we are asking for financial help! Our accommodation is built for summer clients and our heating is all electric – getting ever more costly. The refugees need more than just food and bedding. Overall, Its costing about Euros 200 a day to look after people. We have funded this ourselves so far, but simply cannot afford to continue to do so as we have no income until the summer season. We would like to raise funds quickly as it is quite obvious that the situation is going to get far worse very quickly. With more money, we will find more ways to help more refugees and offer them a glimmer of hope.

I am Catalin Constantin and I managed Worth Farm for 8 years. In 2017 I returned with my family to our home country of Romania. We have subsequently started a business with a small summer hotel resort of 5 self-catering villas in the Danube Delta, called Casa Varvara.