Weʼve raised £2,539 to fund ECMO services through HeartLink, along with ICU services.

In April half term 2018, I started experiencing severe stomach pains which me and my mum put down to period pains. It eventually become so bad that I couldn’t keep any food down and I went to A&E where I was dismissed time and time again. Eventually, I was taken in an ambulance to hospital where they treated me for a small bowel obstruction through my bowel having become twisted. The recovery time was estimated to be no longer than 6 weeks.

Unfortunately my condition deteriorated so much so quickly I had to endure a further 3 abdominal operations, during which I contracted sepsis. I was moved to Lincoln AICU, where I went into septic shock and acquired heart, lung and kidney failure. I was moved into a medically induced coma as they began to tell my parents that they were considering end of life care for me and turning the support systems off.

An amazing doctor then suggested there was a small chance I would be eligible and accepted for ECMO life support, where the nearest base was in Leicester. Luckily, within hours they had accepted me and arranged to come to Lincoln during the night to take me. This required another operation to fit the life support into my veins and arteries coming out of my neck.

Again, my parents were told I would be unlikely to survive the journey there.

Within my first few days of being in Leicester, the AICU team had told my parents there was a big chance I was going to lose my legs and arms and the only way to have a small chance of saving them was to perform a fasciotomy surgery, which was thankfully successful. They operated on my stomach once more and instead of closing it up they left it open, in the hopes it would close and heal naturally. I later relied on ECMO support for only a number of days and was slowly taken out of my sleep, where I finally saw my parents and siblings after what seemed like forever.

I woke up being on dialysis to assist my kidneys, having a tracheostomy to help my breathing and being on inotrope medication to promote blood flow to my legs and arms alongside other machines and treatments. I was also helped by an amazing team of physiotherapists who taught me how to gain head control and sit up again, after having lost all my strength.

A month later, I was out of AICU and transferred to a colorectal ward in Leicester Royal Infirmary where I stayed for a further 3 months and was thankfully able to start eating through my mouth as opposed to through a feeding tube again. My physiotherapy continued as they taught me how to transfer from a bed to a wheelchair using a banana board, how to stand and finally how to walk and go up and down stairs.

My legs fully healed in October and my stomach in November, meaning for a lot of time I was going to school with a stomach bag and various dressings on my legs. In December and January this year, I had amputation surgeries in which I lost 3 finger tips and 1 toe tip. Although now I am not fully healed as I still have open wounds on my feet and am suffering with problems in my joints, it’s amazing how you can take the most simple things for granted, like the routine in an ordinary day or even being able to go up and down stairs. Although I am on the road to physical recovery, I’ve realised that I’ll never fully emotionally heal. I still have times when I can get upset, which can be brought about by realising there are certain things I still can’t do or the appearance of scars.

Nonetheless, health is the greatest gift of all and I’ll forever be grateful for the efforts by the Lincoln ICU team, the Glenfield Hospital AICU team and every single person at LRI who intervened at any point throughout my hospital stay, allowing me to be where I am today.

There’s no way I could ever give back enough to those who saved and shaped my life but there’s always a point it can begin.

I would love to say that I will be fundraising on this page for HeartLink charity along with Lincoln ICU. Information about them will be below :)

Information on the charities:

HeartLink paved the way for the allowance of ECMO life support on the NHS in 1998. Thanks to this, the programme has saved the lives of not only babies but young adults and adults also. They now continue to help fund any ECMO research programme, finance medical and nursing staff who attend scientific meetings and teaching sessions, and buy any new equipment needed to ensure that the highest standard of care is given to all the patients who are in need.

Lincoln ICU played a massive role for me in my recovery. Although I remember little of it, without them and their medical advice my life would far from, if existent, to what it is now. Any donations that could further the progress of such organisations would be so appreciated, not only by me but by families whose lives become affected by such events. Even if 10 people donated 50p, it could make a difference to someone’s life and the people around it.

I would also like to thank my Mum who for these 4 months of her life, left her home in Lincoln and would sleep by my side in my hospital room in a camping bed to make sure I was never alone. When I couldn’t wash myself, she would wash me and that shows me how precious of a mum you are so thank you now & forever. I would also like to thank my Dad who would stay with me until I fell asleep, making sure I was never lonely or scared and felt protected at all costs.

A big thanks to the rest of my friends, family and anyone who sent me a message during- without so many kind words I wouldn’t have remained so optimistic.

Thank you for taking your time to read this x 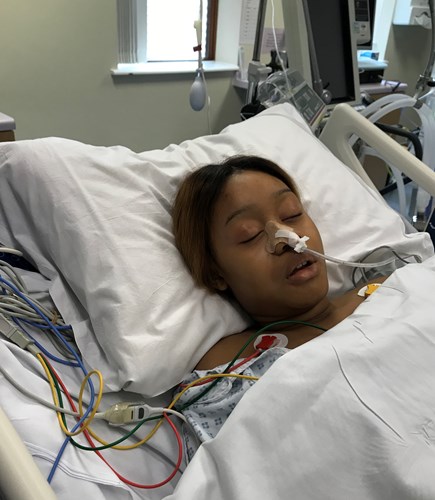 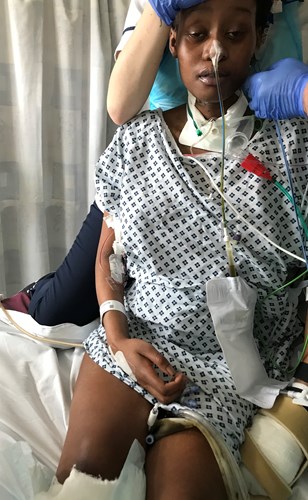 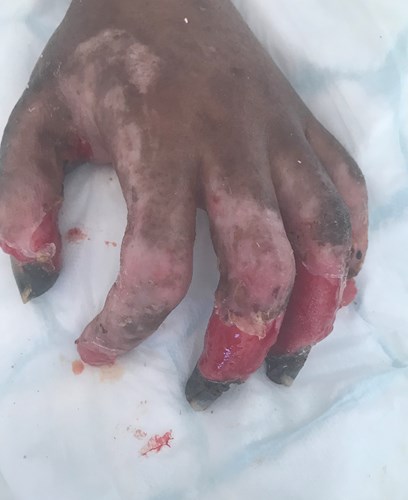 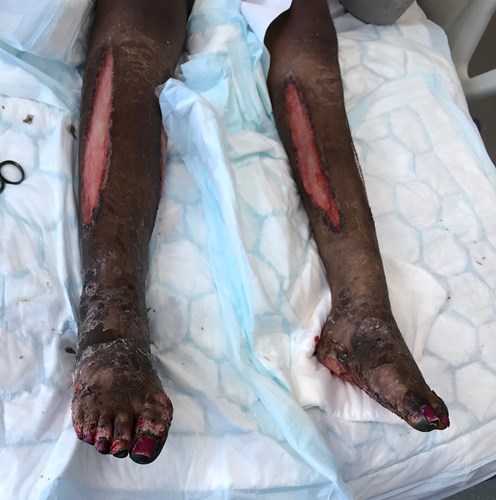 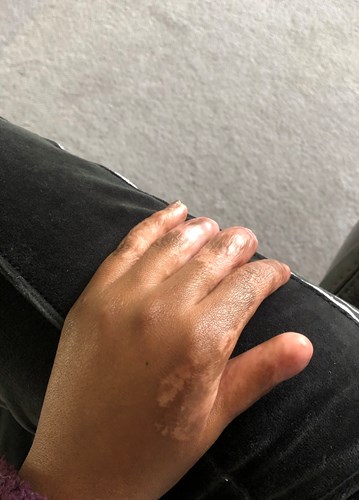 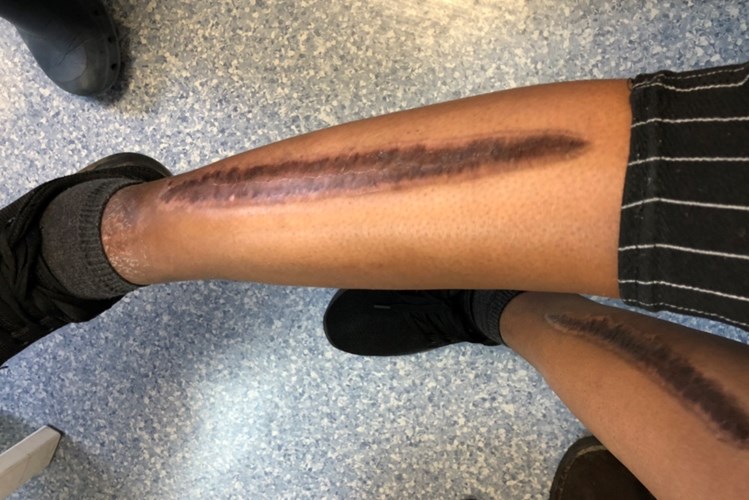 Hi, my name's Cath and I'm trying to get to £500 to be shared 50/50 between Lincoln ICU and HeartLink Charity. Any shares or donations would be very appreciated. Thankyou for reading x