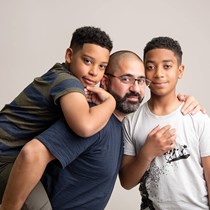 Weʼve raised £150 to Help the underprivileged in Myanmar. Galatians 6 v 10 let us do good to everyone, and especially to those who are of the household of faith.

This is an extract from Chris' journal from his visit in November 2017.

This morning we flew to Kalaymyo, a much shorter flight time than last year as we did not go via Mandalay, landing in Kalaymyo at 2.30 pm. I was taken to my hotel to get settled in then spent some time at Ciang’s house before having dinner with the teachers at Goshen as I always do when I arrive in Kalaymyo.

Whilst I was talking with Ciang I mentioned to her about the money the church had entrusted me with to meet a needy case and did she know of any such case. As she was thinking a woman holding her baby walked in and Ciang immediately shared this woman's and her husband's situation.

The woman's name was Naum and her husband was Sian Piang and their baby's name was Thang Sian Dom Sang and they lived in Dimzang a small village about 25 miles from Kalaymyo. There is road to the village that is only accessible by bike.

The child was born on the morning of 7th November 2016 and it was not realized that he had been born without a back passage and was sent home. The next day the child became sick, red faced and cried a lot so the parents gave it some digene for stomach ache but obviously had no effect. It was then that the parents discovered that there was no back passage and immediately travelled by motor bike with the baby to Kalaymyo hospital, but the doctors in Kalaymyo could not do anything so the baby was rushed to Mandalay hospital where it was operated on. The child is almost normal but does not look like a one year old. All this cost this family of poor means a lot of money which they had to borrow so giving them the money from the church finally cleared their debts and both father and mother are extremely thankful to all at Bethel.

Chris Evans is a retired draftsman who keeps busy doing a variety of odd jobs in his community. A devoted family man, with a grandson that keeps him on his toes. He is a committed Christian whose values filter through all aspects of his life and is cherished by all who know him.