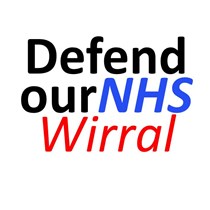 Weʼve raised £162 to fund our campaign to inform the general public about the privatisation of the NHS.

Defend Our NHS is a non party political campaign group established in 2011 to alert the public to the privatisation of the NHS. At this time we were fighting to prevent the then Health & Social Care Bill from becoming law, which aimed to allow the privatisation of the NHS - and since it was passed in 2012, we have continued to warn the public about the fall out from this Act which, amongst other things, removes the duty of the Secretary of State to provide our NHS. A recent news story illustrates our warnings: since 2013, almost £2bn of NHS contracts have been awarded to Virgin Care.
DONHS continuously campaigns by meeting as a group frequently, holding public meetings, creating and circulating leaflets and other publicity and working with other similar groups. We have always relied on donations from the general public.