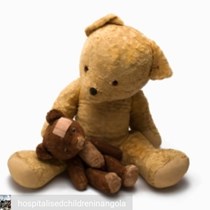 Childhood mortality is a serious problem in developing countries. Angola has one of the highest rates of infant mortality in the world, and much of it is caused by a lack of basic medical care. Medical facilities in Angola are few and far between, and Pediatric hospitals are even fewer. Hospitals are understaffed, underfunded, and lack basic medical supplies and medicines. Consequently, the lack of resources is the underlying cause of most infant mortality in Angola. Your donation will provide children with basic necessities while they are hospitalised at Luanda's only Pediatric Hospital, David Bernardino. These necessities include food, medical disposables, water, and diapers, among other needs.