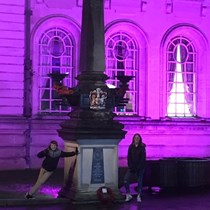 Weʼve raised £9,625 to Make Cerys wish come true and send her aboard and do all the things she has dreamt of doing while she continues to battle this awful disease

Since being diagnosed with bone cancer in January Cerys has had a lot to deal with. Dozens of scans to search her body for further tumours, began chemotherapy and immediately lost her hair, had her ovary removed but the other has stopped working so has started the menopause and likely to never be able to have children of her own. After the first lot of methotrexate which is a strong toxic chemotherapy, her liver began to fail. At one stage she was told the only option was a transplant. She was unable to have a transplant due to the suppression of her immune system would spread the cancer quickly around her body. At this point I was told she had less than 20% survival chances.

Since then her liver has began to fight back. The decision was taken that the safest option for Cerys was a full left leg amputation, she is battling hard and is determined to fight this awful disease all the way.

Cerys still requires chemotherapy again in order to rid her body of this awful disease. That’s the next step once she has recovered from this major surgery.

During her time in hospital she has helped dozens of children herself despite being so unwell. Anyone that knows Cerys will know how caring and kind she is and her want to help others. She has raised thousands for various charities herself.

Thanks for reading Cerys’ story. Please continue to support Cerys. Everyone’s support means the world to Cerys. It keeps her going during these difficult times. ❤️

I am determined to take Cerys abroad as she has never left the U.K. before. Being a single parent of Rhys and Cerys with no support from their mum has meant wages tend to go towards bills and general living costs. Despite the likely cost of travel insurance I’m determined to make sure Cerys’ wish comes true.

Any fund raising ideas are welcome and it will also raise further awareness of childhood cancer. Thank you 🙏 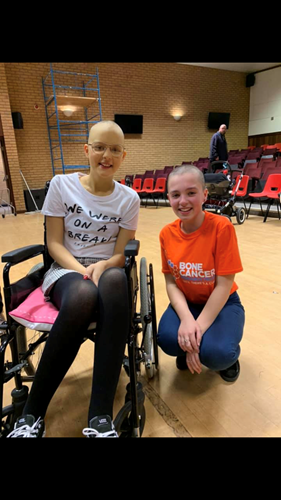