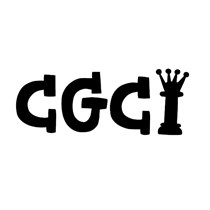 Chess is not only fun, but also a fantastic way of developing logical and abstract reasoning skills in children; and has been shown to support the development of general problem-solving and math skills in children as young as four. Chess playing is an excellent way of developing reasoning skills, strategic thinking and making decisions under pressure. Sadly, chess playing girls are often vastly outnumbered by boys.

There is no gender pre-disposition in developing abstract reasoning. And yet, chess coaches often report that it is difficult to attract girls to after-school chess clubs and to keep them involved due to a general perception that ‘chess is mainly a game for boys’. The problem is more cultural than deriving from lack of enjoyment for the game or lesser skills in girls. Given the current emphasis on encouraging girls to choose subjects such as math and sciences at GCSE and A-levels, and in University, we believe that encouraging more girls to take up chess at a young age is extremely important. Indeed, showing girls that activities such as chess, math and computer programming can be fun both in and outside of school, it’s an excellent first step in addressing deeply ingrained gender imbalances in our education system and workplaces.

With these issues in mind we founded the Cambridge Girls Chess Initiative, or CGCI, in November 2015 with an initial donation from four Cambridge colleges. One of the first supporter was Microsoft Research with a £3,000 donation to support the initiative. CGCI has grown a lot since then - it now involves a large number of girls in our monthly training sessions and getting top coaches to teach our girls. This year the three strong coaching team is led by Dagne Ciuksyte, International Chess Master and top-three women player in England.

To date, more than 80 girls—aged between 5 and 13—have received formal coaching, many have become regulars. About 80% of participants are from state schools, many of which do not offer chess clubs. During school year (2017-18), the CGCI was also invited to enter two teams in the Cambridgeshire Chess Championship (CCC) League. This is a highly successful junior chess event in which some 30 teams from 24 Cambridge-based primary and secondary schools compete, playing a total of 12 matches throughout the school year. CGCI teams have been invited as the only non-school participant. CGCI A team won third place overall in the 2017/18 Championship. In the current school year 2018-19 CGCI has again entered two teams to the CCC league.

Given the success of the initiative, funds are now running out notwithstanding having introduced a nominal £5 charge per coaching session. At this rate, funds will last only until May 2019: three more coaching sessions and two league competitions. For this reason we are currently looking for sponsors, individuals or institutions, that share and support our interest in keeping CGCI going for at least the remainder of the current and next year season. The budget for the next 18 months is approximately £4,000. Your support is much appreciated! Thank you.