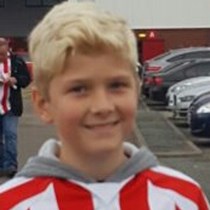 When Neil was 17 and on shore leave from the Royal Navy in Dubai, he dived into a swimming pool and broke his neck in the c5, c6 region. He spent two weeks in a Dubai hospital which provided him with awful treatment. When he was transferred to the Duke of Cornwall spinal unit in Salisbury, he had to spend his first month in isolation due to the dreadful doctoring in Dubai.
The first year was extremely difficult for Neil because he was living in one room until an extension was built. During this period, he was visited by a social worker called Chris Moxham who suggested that Neil go back to college. Neil signed up for a business administration course and was accepted. He also took several IT courses and completed his teacher training.
After an 18 year career teaching web design, desktop publishing, business management and virtual learning, the amount of work Neil did with computers took its toll on the body. Many of Neil’s carers suggested he become a counsellor as he was good at listening to their problems. After 7 years of study, Neil completed his diploma and continued to work voluntarily at the collage for a further 2 years.
However, problems with his health began to arise and difficulties with his wheelchair started to develop pains in his arms and legs. It means that, a lot of the time, Neil is stuck in the same position and gets stiff easily. He needs our help. Although he receives some NHS funding, he still requires £14 thousand pounds to be able to buy a chair that will revolutionise his life. A chair that will be able to take him outside, to elevate him up and to let him enjoy the outdoors so he can live life the way he wants to.

hi, my name is Max I'm 14 years old and as part of my Duke of Edinburgh award, I am helping Neil raise money for a new wheelchair.