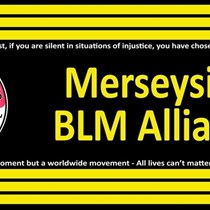 Weʼve raised £639 to Help a young man who was racially attacked on Rodney Street, Liverpool City Centre, we are in contact with his family.

On Tuesday the 29th of September a 19 year old man was racially attacked on Rodney Street in Liverpool City centre. whilst heading to the shop with his two friends, they were approached by a group of thugs shouting who are you looking at and hurling a tired of racist abuse, he ignored them but they started to chase him and his friends, he became cornered by the group and threatened to be shot and stabbed, he tried to get away again only to be hacked at 9 times to the legs still shouting racial slurs, before the gang walked away they threatened him saying we best not see you in our town again you don't belong here.
We are raising funds to help with the young man's welfare and recovery.