Four years ago, I took up paramotoring which is powered paragliding and the most basic form of powered flight in existence. No runways or tarmac; just a breeze in the face, some grass, and a bit of running to get into the air.

A year ago, I had a messy mishap, the thumb and two fingers of my right hand getting into the propeller when on the ground. They were MAGNIFICENTLY tidied up during three operations, one finger in particular being completely rebuilt. This was done in Salisbury District Hospital. I cannot praise too highly the wonderful, professional and kind people of the NHS in the hospital's Plastics Department and Wessex Rehab who then took me on, making sure I came out of the process with the maximum functionality in my hand; what they did was beyone excellent. I was back in the air in six months, and am even back playing the piano (something I assumed I would never do again).

They urgently need equipment to enhance their service. Some of this equipment is in itself simple, some more complex - all of it is designed to exercise hand, arm and leg functionality in order to ensure maximum flexibility and useability post-op. See the picture above. It is for this that I am raising money; I KNOW that every penny will be well spent.

WHAT I AM DOING TO BRING ATTENTION TO THIS FUND RAISING

To mark this fundraising effort and my return to flying, I intend in May 2019 to fly from Warminster to Scotland by paramotor. My planned route is about 360 miles in length. Since I fly though the air at 25mph, and drop out of the sky after 2 hours when the fuel runs out, I plan to make a series of two hour hops, landing en route where people have offered fields, or at small airfields. Light wind from the SW will help; so I’ll choose my moment. It’s not an unprecedented length of flight, but I’m probably – at 65 – older than most who have done something like this!

My planned route is Warminster to the NE, passing S and then E of Leicester, and then up the eastern edge of the Pennines and the Cheviots, to a field in the SE of Scotland just north of Berwick-on-Tweed. I will photograph and film the trip; so there should be plenty of evidence. And I will blog progress! 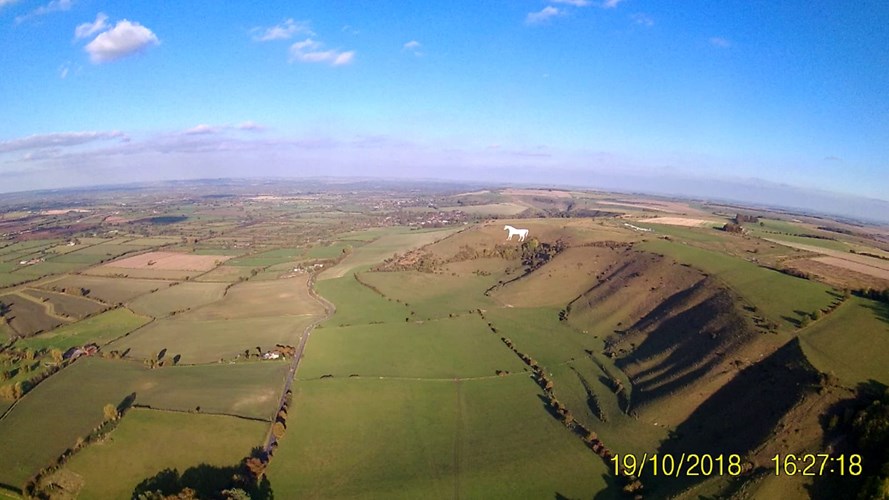 Born, 1954, Naval Officer at sea until 2006, husband, father of 3, grandfather of 5, fisherman, sailor, enjoyer of music, gardens, and the countryside, paramotorist (powered paragliding). Accident in 2018 took me to Salisbury Hospital where treatment superb. Hence this appeal.