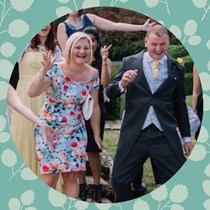 Friends and I will be taking part in the Yorkshire 3 Peaks Challenge on July 6th for a charity which not many know about I will be raising money for IVF treatment due to my niece last January having an ectopic pregnancy and the following December it happened again! This time they tried to save the tube by treating her with chemotherapy, but it was unsuccessful, and the fallopian tube was removed.

An ectopic pregnancy is when a fertilised egg implants itself outside of the womb, usually one of the fallopian tubes. The fallopian tubes are the tubes connecting the ovaries to the womb. If an egg gets stuck in them, it won’t develop into a baby and your health is at risk to continue with the pregnancy. Unfortunately, it’s not possible to save the pregnancy. It must be removed using medicine or an operation. In the UK, around 1 in every 90 pregnancies is ectopic. This is around 11,000 pregnancies a year.

The route consists of 24 miles and 3 summits, Ingleborough, Pen-Y-Ghent and Whernside all to be completed in 12 hours.

I originally was doing this event to support my friend as she the one who wanted to do it, she has now chosen a charity to support so I thought I would too. I will be supporting an IVF charity.

So, this is for my niece! And anybody else who has been affected by ectopic pregnancies and are undergoing IVF treatment.