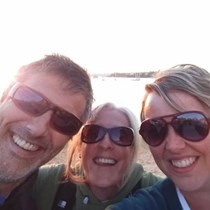 Weʼve raised £355 to to raise money to help the victims of the devastating forest fires in the Pedrogao Grande area of central Portugal.

Late on Saturday night I received a call from my friends who live in Portugal. Central portugal was on fire and they had just had to flee their village.
They were incredibly lucky. Had they left 5 minutes later they would have most probably died.
They lost close friends and neighbours, all who died in their cars whilst trying to escape the flames.
Their village, and the villages nearby, has been hugely affected.
By some incredible stroke of luck their house is still standing. However this is not the case for many others. Many have lost family members, their homes and source of income.
As of yet it would appear that people in rural villages have received very little help and are surviving on the kindness of neighbours.
People have been asking me if there's anyway of helping these poor people.
So as I'm going to portugal to see my friends next weekend, I've said to people that I will bring money with me and we will give it to the local charities.
Unfortunately for the Portuguese people they do not have access to the kind of aid we've seen people in London receive. And although we cannot give them a lot I feel a small token of kindness will always be worth it.
Any amount, however small, will make a difference and will loft the spirits of people who have been left with nothing.