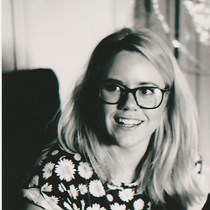 Weʼve raised £140 to help to raise funds for specialist equipment and physiotherapy for Isabelle-Rai. #GetBusyForIzzy

Isabelle was born at 29 weeks at the Leicester Royal Infirmary weighing 2.15lbs. She was placed on a ventilator to help her breathe and went straight into Neonatal ICU. She was then transferred to the Northampton general due to lack of space at the LRI.

After 12 hours she was taken off her ventilator and placed onto caffeine to help her to breathe for herself. After 4 stressful days she was transferred back to the LRI ICU.

Whilst here, Isabelle developed a bleed on her brain which caused her left latrical to swell for approximately 3/4 days until the bleed stopped, because of this it caused damage to Isabelle's brain in the area that controls physical movement.

At the time it was too early to tell what this would lead to for Isabelle in future life but we were informed it may lead to Cerebral Palsy.

She was released from hospital after 5/6 weeks to carry on her journey at home. After returning to the hospital for numerous tests and appointments over the next few months, Isabelle was then later diagnosed with Spastic Quadriplegic Cerebral Palsy. This means the likelihood is that Isabelle will never be able to walk unaided. Isabelle is still unable to be mobile.

Through the NHS, Isabelle isn't getting the help she needs as the gaps between physiotherapy we feel are to big. We are raising money to send Isabelle for private physiotherapy and eventually leading on to an SDR operation in the US. The money raised will also help provide Isabelle with the vital specialist equipment she requires to help her in life.

So, my mum is facing her fears and completing the Velocity zip line in the Welsh Penrhyn quarry in Bethesda. Being a loving daughter, I will be filming every moment as I accompany her on her way down. She has a massive fear of heights so the more support she gets the better!

Here's a look at what she will be doing!