Charlotte Noone raised £133 from 12 supporters 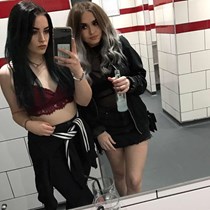 Since being a finalist for miss manchester i decided to help raise money for Tackle4Manchester which is a charity that works to keep the homless people of manchester off the streets and helps them create a new life for themselves and their families.

One day in 2017 I was having a Mcdonalds at about 9pm on a tuesday night and as i was heading to Picadilly station go get my train a young guy asked me if i could spare £1 for a coffee and I recognised the voice i heard straight away. it was a friend of mine from when i was a lot younger. I stopped for a while, got him a coffee and a warm meal and started to ask about his life. He explained to me he was made redundant from a job and was left with nothing. After missing a few rent payments he ended up on the streets. It was after hearing this story how a friend who would do anything for anyone could end up having to beg for even the most basic human needs that i decided i would do anything i could to help any homeless person i can.

Please donate as much as you can. From £1-£100 every single penny counts.