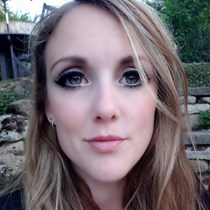 On May 11th David Knight and I will jump out of a plane to raise money for my dear friend's little boy.
Here is his story:

In Dec 2015, Buzz Rowswell was born full-term and healthy. But a few days after leaving hospital he fell very ill due to untreated new-born jaundice which resulted in a permanent brain injury called kernicterus. It affects less than 1 in 100,000 children and is classed as a ‘never event’ (as in it shouldn’t happen).

However, the hospital neglected to take Buzz’s jaundice seriously and he is now left living with the consequences.

Buzz is a real fighter and after being given a small percentage of survival and beating all the odds he has grown into a charismatic, brave and loving little guy. Sadly due to his brain injury he has severe cerebral palsy and can’t crawl, walk, talk or sit up unaided... yet!

Buzz also has a rare type of hearing loss called auditory neuropathy spectrum disorder. In addition, he suffers with a lot of pain from constant muscle spasms and has an unsafe swallow so has to be fed through a tube directly into his tummy. Due to all this Buzz has been classed as life limited.

Buzz and his amazing mum Vikki, dad Glenn and big brother Roo work relentlessly on a range of therapies including physio, speech & language, occupational therapy, hydrotherapy and many other activities to help Buzz progress.

We want to raise a grand total of £50,000 for Buzz to take a series of trips to Panama for life-changing stem cell therapy, something that the NHS will not fund.

This type of therapy would mean injecting stem cells into Buzz to repair the damaged tissue in the brain. There are no guarantees, but other children with the same brain injury have seen incredible results with one of Buzz’s Kernicterus friends starting to sit independently, speak and most importantly be in a lot less pain.

We want to give Buzz the best chance at having a happy, healthy and long life and with your help we can.

Thank you on behalf of Buzz. xx