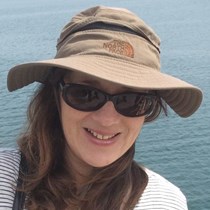 When the sun eventually rose on April 16th after the longest,scariest night of our lives, the scenes of death and destruction across Kumamoto prefecture in Kyushu,Japan in the wake of a magnitude 7.3 earthquake, were heartbreaking.

Aso Shrine, a famous historic landmark popular with Japanese and overseas visitors alike, had suffered heavy damage. The main `romon` or tower gate,which is designated an Important National Cultural Property, collapsed, as did the inner `haiden` ( hall of worship) and several other structures within the grounds. Friends who have recently visited Aso have been moved to tears by the sight of this once magnificent wooden shrine now lying in shattered pieces at their feet.

The decision has been made to rebuild the shrine,with an estimate that work could take up to 10 years to complete. Government funds will be provided for the rebuilding of the main tower gate itself, since it is a designated Important National Cultural Property, but other costs in excess of an estimated 2 billion yen (over 12 million pounds ) still need to be raised to help return Aso Shrine to its former glory.

On May 14th,a month since the first of the Kumamoto quakes, we also plan to walk (weather permitting) from our work place in Oguni in the north of Aso County to Aso Shrine itself (approx 17 miles) to present an update on the funds raised by that date,so please make it worth our while!

British,but currently resident in this beautiful corner of Japan.