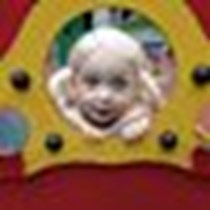 Weʼve raised £2,128 to help get Cher the radiotherapy that she needs

Bournemouth
Health and medical
Funded on Sunday, 31st May 2020

In late 2017, my lovely friend Cher was given the devastating news that she had breast cancer. The time that followed was full of uncertainty, and turned into a string of bad news and events, including finding out that the cancer had spread to her hip. Cher has been fighting the cancer in the most admirable way, and has refused to let it take over her life. She has also continued to work full time whilst taking a new chemotherapy drug, up until last month when her doctor told her that she had to stop.

This March, after a over a year of facing the unknown, she finally got the news that the cancer had shrunk enough to enable her to move onto the next stage of treatment and now the outlook is really positive once she gets the treatment she needs.

Shortly after she was told this, though, Cher found out that the NHS was unable to fund the Precision Beam radiotherapy treatment that she needs for her hip. It costs £15,000, and she has to be treated in London five days a week for around eight weeks, which adds a lot of accommodation and travel expenses on top of the treatment cost.

Cher is a wonderful friend, and is a selfless person who wouldn’t ask for financial help. But there are a lot of us who love her and feel helpless and want to do whatever we can to support her. It has taken a lot of persuading her, but I have set up this fundraising page for people to donate to help raise money for Cher’s treatment, travel and accommodation costs. Hopefully we can ease the financial burden if nothing else.

Cher’s friend Cathy is doing a Wing Walk on 2nd June 2019 at Compton Abbas Airfield, to raise money for Cher, and if you want to sponsor her you can sponsor her here on this page. Cher’s sister, Shannon, is running 10k in June and has already raised some funds through another fundraising page, but we still need more.

Anything you donate – however big or small – will make a difference and will be hugely appreciated by Cher and all of her family and friends. Thank you so much to everyone who has already donated to Shannon, and thank you in advance to anyone who donates here xx