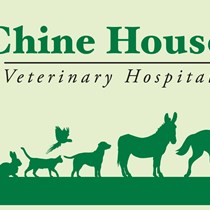 Weʼve raised £6,010 to To support our 2 chosen charities, The Cinnamon Trust and The Matt Hampson Foundation

In June this year a team of 31 from Chine House Veterinary Hospital will be taking part in the National 3 Peaks Challenge. We will be climbing Ben Nevis, Scafell Pike and Snowdon within 24 hours to raise money for our chosen charities, The Matt Hampson Foundation and The Cinnamon Trust.

The Matt Hampson Foundation's is a Leicestershire based charity who's aim is to provide advice, support, relief and/or treatment for anyone suffering serious injury or disability which has arisen from any cause, but in particular from participation in or training for any sport, sporting activity or other form of physical education or recreation. Matt Hampson, a former Leicester Tigers player suffered an accident in 2005 during an England Under 21 rugby training session, Matt has battled hard to live as normal a life as possible. Paralysed from the neck down and breathing via the aid of a ventilator. Today Matt as well as his Foundation duties which include, visiting, mentoring, providing advice and fundraising, Matt delivers inspirational talks to young people and businesses around the country. He is also a forwards coach at Oakham School and Oakham Rugby Club, an ambassador for both the RFU's injured Players Fund and Restart (The Professional Rugby Association's charity). Patron of Special Effect a charity set up to help disabled children communicate through technology. https://www.matthampsonfoundation.org/

The Cinnamon Trust is the only specialist national charity which seeks to relieve the anxieties, problems, and sometimes injustices, faced by elderly and terminally ill people and their pets, thereby saving a great deal of human sadness and animal suffering. Their primary objective is to respect and preserve the treasured relationship between owners and their pets. To this end it works in partnership with owners to overcome any difficulties that might arise. A national network of over 15,000 community service volunteers has been established to provide practical help when any aspect of day to day care poses a problem - for example, walking the dog for a housebound owner.

A national fostering service is provided for pets whose owners face a spell in hospital - volunteers take pets into their own homes and supply love and care in abundance until owner and pet can be reunited.

The Cinnamon Trust also provides long term care for pets whose owners have died or moved to residential accommodation which will not accept pets. http://www.cinnamon.org.uk/