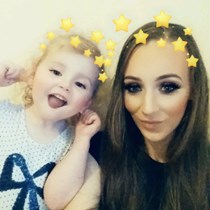 After 2018s success, Here we are again. This time helping Louis to continue raising money for The Free Kicks foundation.
We'll be seeing Peterborough Utd fans take on Cambridge Utd fans again for round 2. It will take place at The Abax stadium- Saturday 18th May 2019. Doors open at 6.30pm- Kick off 7pm

Louis King-Somewhat a local celebrity. If you haven't heard of him before, I highly recommend heading over to his Facebook page 'Run Louis,Run' and following his adventures.
Louis was born 10wks prematurely weighing just over 2lb, and despite a number of health issues, He has certainly never let anything hold him back and has completed anything he put his mind to.
Back in 2017 he was selected by Free Kicks Foundation to be a mascot & part of the kit launch with Peterborough Utd. After a great day, He decided that with the help of his mum, dad and twin sister, he would spend 2018 raising money for Free Kicks to give 18 children a similar experience to the one he enjoyed.
Over the year, They raised double their target, meaning around 30 children will now benefit from the fantastic work that free kicks do.
So our aim for 2019, Is to help Louis and his family to continue raising even more money.

The Free Kicks Foundation is a fantastic charity, Ran voluntarily by Steve and Sam around their full time jobs and family commitments.
They aim to give ill, bereaved and disadvantaged children and young people days to remember with their favourite football club.
They rely soley on donations to give families these days to remember, So every penny counts.
The event was a huge success, and I would just like to say thank you to Mike Coleman, Mattie Skippon, Kieran Malton, Conor Hawkins, Olly Astell, Jake Keene, Jason Andrews, Zac Harris, Tom Ibbetson, Tom Reynolds, Jake Sawyer, Liam Groom, Lee Kane, Liam Moisey, Kerren Hackney and Chaz Clare for taking part and for the help you gave as well :)