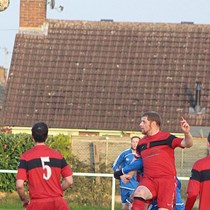 It has always been my dream to run The Marathon. For the last four years I have applied to the London Marathon and been REJECTED every time. So, instead of sulking and moping about it, I decided to sign up to do The Edinburgh Marathon this May.
I soon began thinking about what I could do as part of my training to make it more interesting and exciting (because running can be a bit boring and lonely sometimes.)
As I work in Northamptonshire for Consensus, I began to wonder how far apart our services are. I looked at my services from Wellingborough to Desborough - 19.2 miles - and thought, why not run from one to the other, passing through my services in Burton Latimer, Barton Seagrave and Kettering, on the way - good idea!
Then I thought, well Brambles and Links aren’t far, I can pop in there on the way…I then realised my route through Kettering, would take me via Smythe and Heatherington, Haydock and Perrywood so why not swing by The Heathers, Henson and Weston, Phoenix and Parvale too.
Then, if I am running to Desborough, I might as well include Windsor Avenue and Heather Holmes…
After reviewing the list, I decided Corby isn’t THAT far - I could go to Holland, Bannigans and High street. That’s plenty! Then of course, there was only one left - Gretton, could I get to Gretton? It is another four miles from Corby.
But as a great role model in life, Derrick Trotter, once said “He who dares, wins!”
On Friday 17th April 2020 I will be running a 31-mile ‘Consensus Marathon’ starting from Blossoms in Wellingborough and finishing at Gretton in Corby.
All for a good cause
You might be asking yourself - “Is he mad?” – well I guess the answer is yes, but there are good reasons why I am doing this!
As well as training for the Edinburgh marathon, I really want to make a positive difference within our local community.
As I sit at home in my warm house, eating the food I want, surrounded by non-essential things I think I need, I know there are people less than a mile from me, who have nothing. Although I can’t completely change these people’s lives - I can help.
I have contacted a local charity in Kettering called “The Hub,” who provide a real lifeline to local homeless people in Kettering. They are a fantastic and dedicated group of volunteers who provide food, shelter and essential items for 45-50 people each week in Kettering. They are based out of the Eden church and rely heavily on people’s donations to keep running.