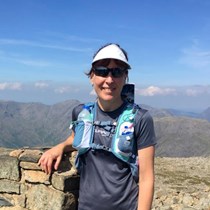 Weʼve raised £1,525 to help fund an electric wheelchair for Lily-Rose

My Niece, Lily-Rose was born weighing just 400g (14oz) at 26 weeks in June 2009. She did really well to begin with and was breathing with only a bit of oxygen for her first two weeks but she then got a nasty infection (septicemia) which led to many problems.

These problems ranged from a loss of toes on her right foot (leading to her foot growing abnormally), to extensive brain damage causing Cerebral Palsy which has resulted in left side hemiplegia.

Lily was in hospital for nearly 4 months and was on oxygen for most of her first year. We noticed early on that her left arm and hand didn't do much so we began daily physiotherapy.

Lily began walking at 4.5 years old. She now attends main stream school with one to one support. She is behind in her learning compared to her peers but is a total inspiration due to her determination and perseverance to do what she wants and she never gives up.

She is now able to walk short distances with splints on both legs that give her the support that she needs.

I am raising money towards getting Lily Rose an electric wheelchair which will give her more independence when she starts attending high school.

Every penny will help so any donation, no matter how small is gratefully appreciated. Thanks x