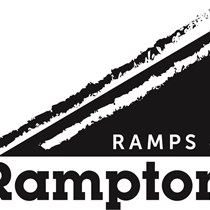 A group of Rampton residents have come together to form a new fund raising committee called 'The Christmas Fairies'. The aim is to fund raise throughout the year so that we can buy the village of Rampton some new Christmas lights and a Christmas tree for the village green.

Some funds will need to be raised every year towards upkeep, but the initial fund raising appeal and outlay will be this year.

Something we are very keen on is 'legacy'. We want to involve all of the children (under 16s) in the village and will be handing out a craft bag to each of them and asking them to make a decoration for the tree. We will have an annual 'switching on the lights' event where the children can come along and hang their decorations.

Looking to the future, we would like to purchase two small Christmas trees every year and plant them hopefully somewhere in the village so that Rampton can provide its own tree every year.

To raise funds, every Saturday during the month of June we will be running a 'Pop-up Breakfast Cafe' in the village hall. More details about this will be delivered to all houses in Rampton during the second week in May.

We will also be selling Christmas Raffle tickets to residents (and as many other people as we can). There will be at least three prizes - the First prize will include a 'Rampton' turkey. This is going to be a 'Grand Prize Draw' with some generous prizes in order to maximise our sales and generate plenty of money!

Other fund raising events are also under discussion.

Any amount at all, large or small that can be spared and donated via this site would be greatly appreciated, as they say "every little helps".

We hope we can make the fund raising a success and look forward to lighting up Rampton in December 2017.

With thanks
The Christmas Fairies