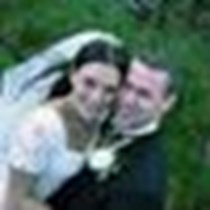 Weʼve raised £12,819 to finance legal fees for Clare & Dave get their children back from the French state, who've taken their children into care & return to the UK.

Clare and Dave have been living in France as a UK citizens and have faced an ongoing battle with the French authorities, mainly for home-schooling their children in English. They are now facing an appeal after a court ruled against them simply for not getting the paperwork in on time, which was left with a neighbour. In France, the authorities take children into care much too easily and a top Parisian lawyer, who sees too many of these cases, is well known to help families such as Clare and Dave's fight against this and keep their children.

The paragraph below is a personal message from Clare, with permission given, giving details of the dealings with the state. This highlights the grave injustice they and the children are suffering.

'This battle has been going on for at least two years, probably more. It started with some bad social services coming to the house and interrogating me on what was more important, God or the education of children. The children were taken to be interviewed separately without me and questioned about the most stupid things. I was asked why I had so many children and which church did I attend etc. Actually I think that was over 3 years ago now. The first reason they said they have taken them is that they want them to be placed in public schools. Second is the Judge said the children were very timid at the court hearing, they were so frightened, that's the reason they were not speaking much. The journey to court was over two hours, my daughter was sick all over her brothers shoes, so as I was already late , I picked him up and carried him into court, I explained straight away what had happened. On the court paper , although I had explained why he was without his shoes , the judge wrote I was very bad not bringing my children properly clothed. Another reason is they don't think I have enough money to look after the children. This is so ironic because after the court hearing the judge made a mess of trying to stop my family allowance but in the process actually stopped everything I had including tax credit and family allowance. Therefore leaving us with nothing to live on, this has been going on for 5 Months now.'

They wish to return to the UK and home-school the children with the support of family around. They currently have 6 children that the authorities have taken away, and have split them all up into different families.

The free lawyer they used was not performing with urgency and were continuously being promised call-backs by the secretary, with nothing happening. The lawyer we would like to pay will act with immediate effect to return the children. Since Brexit, the British children should not have been taken from her and the authorities have acted unlawfully. The foreign office have said they can not be involved in court cases, therefore with the help of a lawyer who knows the law well, we seek to overturn this huge injustice quickly. The urgency is paramount due to 6 confused and traumatised little children suffering daily. May God have mercy and re-unite these children with their parents.

Being a Catholic family of 10 children, they will do anything to protect the children from the society that aims to destroy the minds of our innocent children. The state is ignoring the Catholic religion of the children.

Quote: 'Found out yesterday that my daughters are living with a French lady and a Algerian Muslim, I don't think he's practicing but all the same they knew we were Catholics. I asked if the children could attend mass , told no. I know they are not allowed to refuse this , also taken to the doctor's without my consent.'

They have done nothing wrong except to home-school the children in English, which is illegal in France. The y do not speak French well, and only wishes to return to the UK.

'The embassy have refused to offer any help, they are absolutely useless. As far as I know it's illegal to block passports without a grave reason. I don't think they are blocked but I have been told the children are not allowed to leave the country until it's over.'

On behalf of the family, I implore for help immediately to ensure a safe passage for the family to Yorkshire, UK.

It is every parents nightmare to face this situation, and I would like to gather support, love and prayers for this family, who are living in this horrible nightmare now.

Due to the fact that this is an ongoing battle, there is no final figure. Therefore, my husband and I, who are friends of the family, will pay for this ongoing battle until the case is closed. The money can only be claimed when we close down the page, and we will do this once the children are back safe. We will update all the supporters as we recruit the good lawyer.

I thank you all in advance for your wonderful generosity. We will organise a novena of Masses in thanksgiving and for all the benefactors.