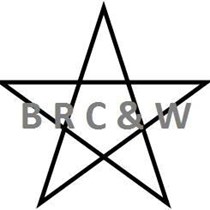 The Class 210 DEMU was developed in the early 1980's as a prototype to compare the options for replacing the first generation units then in use which were starting to show their age.

Two units were built, a 4-car unit for longer distance services and a 3-car unit designed for suburban services. BR took the chance to compare different engines and electrical systems. They started trials on the Great Western lines around Reading in 1982, moving to different areas before ending testing in Scotland.

The units were based around the Mark 3 coach body and shared many features with the new EMUs then being developed for both the AC lines and Southern Region 3rd Rail system. Although they were very well received the production cost was too high for a cash strapped British Rail. This led to the coaches being used to replace damaged coaches in EMU's including a Class 455 vehicle which was crushed when a cement mixer fell off a bridge.

The surviving coaches are now approaching retirement and we plan to rebuild them into a 4-car unit so that a new generation can enjoy the experience of the Rolls Royce of diesel multiple units.

We are now raising money to secure the remaining coaches and othe similar design coaches to be converted to the original specification. The plan is to carry out the work at the Birmingham Railaway Carriage & Wagon Company Museum which should be opening in Smethwick later in the year.

We have now acquired the Paxman 6RP200L engine that was originally fitted to 210 001 from the Anson Engine Museum which will be a boost to the project.